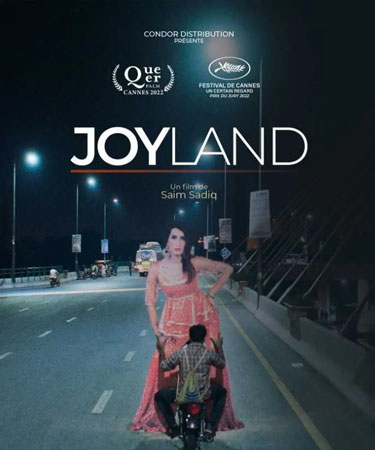 The Sindh High Court on Tuesday turned down the plea seeking ban on the queer-themed movie Joyland. The SHC dismissed the petition after the today’s hearing. The petitioner, Molvi Iqbal Haider, maintained in his plea that the movie is against Article 277 of Constitution.

He argued that the movie contains ‘objectionable content’. The petitioner added that Islam prohibits marriage between a man and a transgender person.

SHC Chief Justice Ahmed Ali Sheikh inquired the petitioner if he has even watched the movie before approaching the court and rejected the application.

Another complaint against the screening of the Saim Sadiq’s directorial debut was filed in Lahore High Court (LHC). The petition stated, “The film contains highly objectionable material which do not conform with the social values and moral standards of our society and is clearly repugnant to the norms of decency and morality.”

The LHC removed objections on the application and directed to fix it for hearing.

The petition stated, “Joyland8 is an un-Islamic and unconstitutional movie and was made to insult their religion, family system, bond and domestic life.