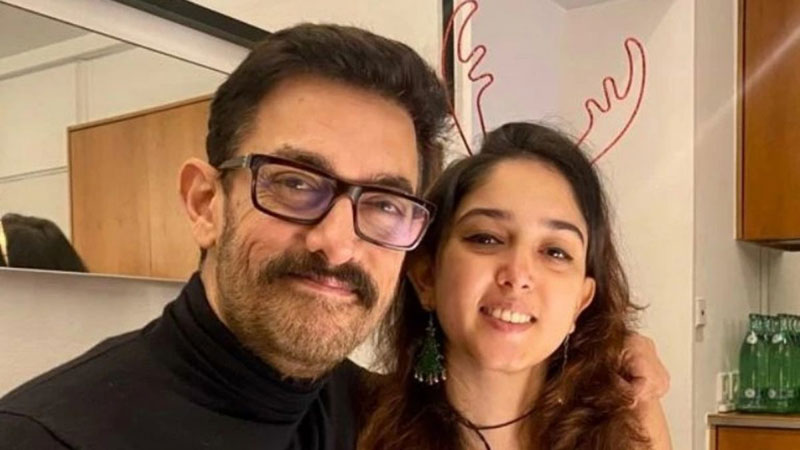 Viral Bhayani shared the viral video of the sweet moment on social media application Instagram. The clip got thousands of likes from netizens.

“Papa Kehte Hai” is an evergreen song. It is heard and played on events and occasions even after decades of its release.

“Qayamat Se Qayamat Tak” tells the story of the lovebirds Raj and Rashmi that elope despite knowing their respective families being bitter enemies. The duo made their Bollywood debut in the film.

Mohsin Khan, cousin of the “Taare Zameen Par” star, has directed the film. Nasir Hussain wrote its plot, screenplay and
dialogues. The latter has produced the film.

On the professional front, Aamir Khan announced he is taking a break from acting to spend time with his family.

The “Dangal” star said he was doing injustice to his close ones by focusing only on his work absent-mindedly for past 35 years.

The prolific actor said he backed off from working in the upcoming movie “Champions” but would work on the project as an executive producer.