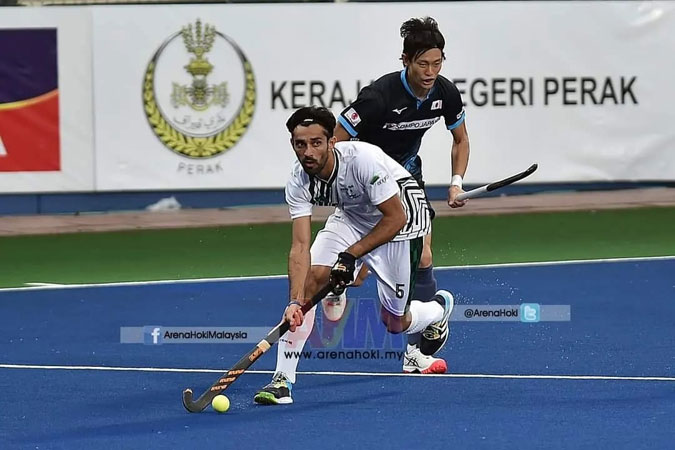 LAHORE: At the recently concluded Sultan Azlan Shah Hockey Cup in the Malaysian city of Ipoh, Pakistan finished third. 18 year old defender and drag-flicker Sufyan Khan, making his international debut, was Pakistan’s top scorer with four goals. The boy comes from Bannu in the KP province. The city has a rich tradition of hockey. “My first mentor was former international fullback Ihsanullah in Bannu. He persuaded me to join the Dar Hockey Academy in Lahore. Ihsan was able to convince my parents to send the 16 year old kid to Lahore which is more than 500 km from Bannu.” Sufyan joined Dar HA in 2020 which provided him with the perfect hockey environment. “I come from a humble background. Dar HA caters for everything. The outstation boys are lodged in a hostel. The academy provides us with excellent playing gear and kit. Most importantly, coaching on the modern lines is imparted at the National Hockey Stadium. We also play matches against other teams. My game improved tremendously; defensive skills as well as the drag flicks.”

The improvement got acknowledged. “The year 2022 has been great for me. In February, Pakistan Navy approached me. I am now Navy’s employee and will play for the department in the domestic tournaments. Next, I attended the Pakistan national team’s camp for the Commonwealth Games. Finally, the first selection for the Pakistan team arrived. “My selection for the Sultan Azlan Shah Cup was a great moment for me and my family. I was a bit nervous initially but it didn’t take me long to adjust to the pressure of international match. I scored two penalty corner goals in each of the last two league matches. It was a nice feeling to win the bronze medal; finishing as the team`s top scorer was the icing on the cake. Hopefully, I become a regular in the national team and contribute to Pakistan regaining its lost prestige in international hockey.”