Shakira to Dua Lipa: Why artists refused to perform at FIFA World Cup in Qatar 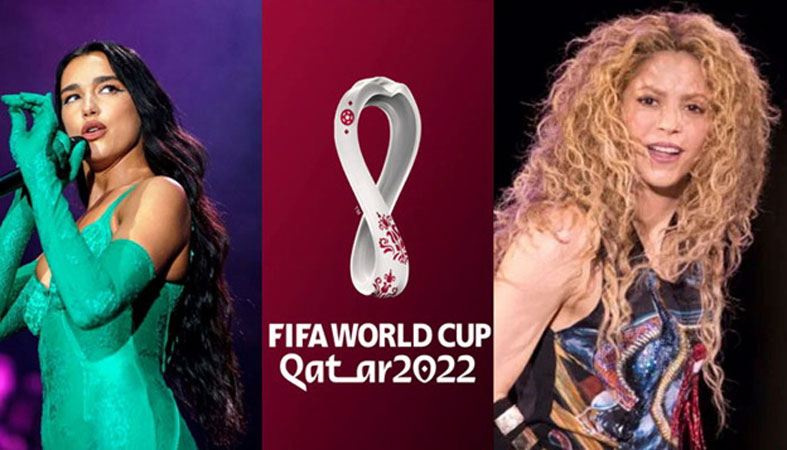 Several global stars have refused to take part in the opening ceremony of the Qatar World Cup, and with one day to go, it is still not clear who will perform.

The most likely appearance is Jungkook of K-pop megastars BTS, who was rumoured to have already arrived in Qatar on Friday. Britain’s Robbie Williams, who performed at the last World Cup in Moscow, is also considered a likely participant. But several musicians have made clear they will not perform.

Dua Lipa, the 27-year-old British star, who has a huge LGBT fanbase, had also been tipped for an appearance, but she shut down the rumours in a post to her 87 million Instagram followers. “I will not be performing and have not been involved in any negotiations to perform in Qatar,” the Levitating singer wrote, adding that she would support England “from afar”.

Rod Stewart, the rock legend gave a definitive no to organisers. Stewart told The Times that he was “offered a lot of money, over $1 million, to play there 15 months ago”, but that he turned them down. “I refused. It’s not right to go,” the 77-year-old British singer said, adding that it was “respect for human rights in general” that had led to his decision.

Shakira, another name that had been slated to perform was Shakira, who has been a regular at previous World Cups while married to Spanish footballer Gerard Pique.

She was the voice of the 2010 edition in South Africa, alongside local group Freshlyground, for the official theme Waka Waka (This Time for Africa) and performed four years later in Brazil. But her team recently told Spanish news outlets that she would no longer be performing in Qatar, without giving a specific reason. US rapper Lil Baby, who has 32 million monthly listens on Spotify, released one of the official sponsorship songs this year, The World Is Yours to Take, which samples the Tears for Fears classic, Everybody Wants to Rule the World. But he has remained silent on whether he will actually make an appearance in Qatar.