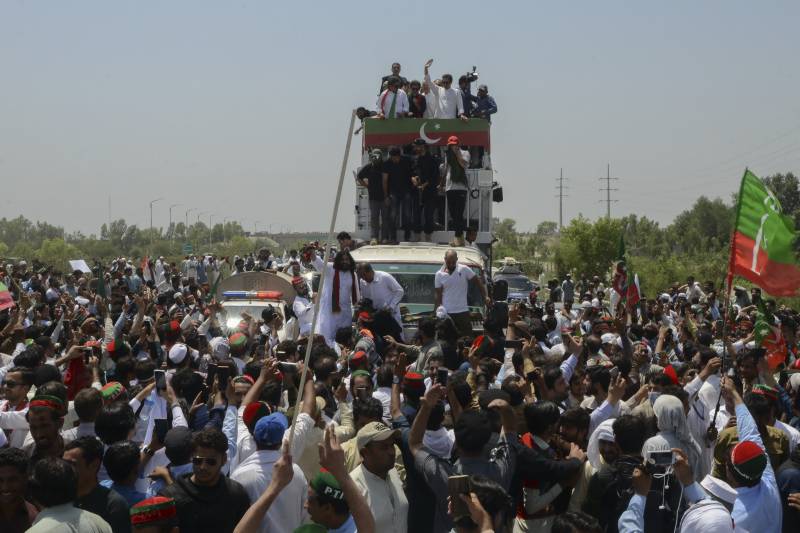 LAHORE: The Lahore High Court (LHC) on Friday issued pre-admission notices to the Interior Ministry, Inspector General of Police Punjab and others for November 14 on a petition seeking directions for halting Pakistan Tehreek-e-Insaf’s (PTI) long march.

The single bench comprising Justice Jawad Hassan heard the petition filed by trader’s leader Muhammad Naeem Mir. The petitioner’s counsel submitted that if PTI was not stopped from the long march then there might be a situation of anarchy in the country.

He submitted that the constitution did not allow anyone to disrupt commercial activities and peace. He pleaded with the court to direct respondents for stopping the PTI’s protests and long march, besides seeking directions to make arrangements for the protection of life and liberty of the business community and public at large.

He further prayed the court to direct respondents to take steps for the betterment of law and order situation in the country and arrange open places outside the cities for lawful demonstrations, protests and processions by the political parties.

To a court query about maintainability of the petition, the petitioner’s counsel submitted that the court had already passed a judgement on similar facts and circumstances regarding the procession held by a political party. He pleaded with the court to issue a stay order for immediately halting the PTI’s long march. However, the court observed that it would decide the interim stay request after hearing the stance of all parties on Monday, November 14.

Subsequently, the court issued pre-admission notices to the respondents and sought reply till November 14. The court also asked the law officer to seek instructions from concerned quarters and also ensure presence of senior officers from the concerned respondent ministries.