JUI-F files another plea in SC against PTI long march 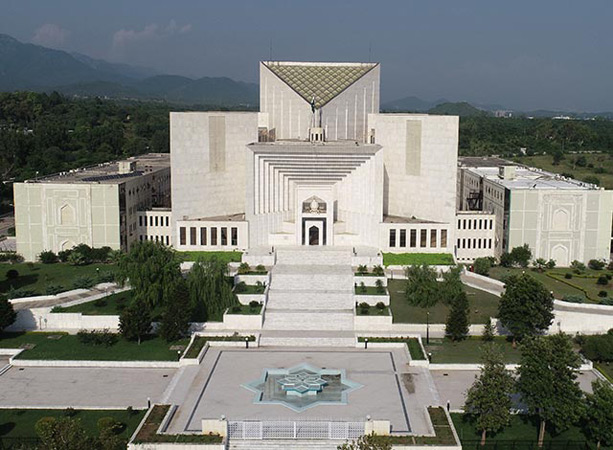 In yet another petition, JUI-F Senator Kamran Murtaza Wednesday claimed PTI Chairman Imran Khan seems to be on a collision course with the institutions of Pakistan as the PTI is once again carrying out its “long march” to Islamabad. Senator Murtaza, in his plea filed with the Supreme Court, has made federal and provincial governments, PTI Chairman Imran Khan, and his party respondents. JUI-F’s petition prayed to the top court to ensure the basic rights of people were not violated during the long march. The petition urged the court to order provinces and the federation to ensure that Islamabad’s population was off-limits for the PTI’s protest/sit-in.

It also appealed to the court to direct the Islamabad Capital Territory and provincial authorities not to allow long marchers to continue their protest for an indefinite period of time. The PTI should also be ordered to comply with the rules and parameters that govern the code of conduct for holding protest rallies, the petition urged the court. The petition asserted that PTI violated the commitments made before the Supreme Court on May 25, 2022. It said that in 2014, PTI took the city hostage during its sit-in in the Red Zone and attacked Pakistan Television, the Parliament, and secretariat buildings.