James Cameron hints ‘Avatar 3’ could be last film in Saga 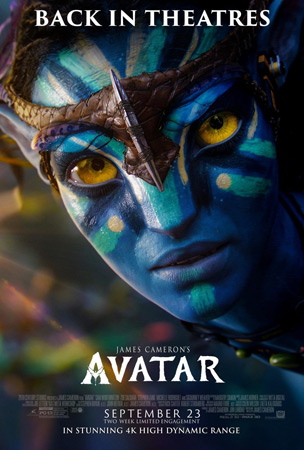 The sequel to Avatar, Avatar: The Way of Water is about to hit the theatres in December and director James Cameron will be monitoring the box office results.

As per Deadline, Cameron, 58, said that the longevity of the Avatar movie series depends on the performance of the upcoming sequel.

In a recent interview to Total Film he explained, “The market could be telling us we’re done in three months, or we might be semi-done, meaning: ‘OK, let’s complete the story within movie three, and not go on endlessly’, if it’s just not profitable.”

Fans of the original Avatar waited thirteen years for its sequel and Cameron said that a lot may have changed ever since.

Despite of the fact that there’s still a story to tell across three other sequels, but if the franchise doesn’t show interest everything could be cut short, as per Cameron.

“We’re in a different world now than we were when I wrote this stuff, even,” Cameron told.

“It’s the one-two punch – the pandemic and streaming. Or, conversely, maybe we’ll remind people what going to the theatre is all about. This film definitely does that. The question is: how many people give a (expletive) now?” he added.

Earlier this year, Cameron was seemingly doubtful about directing the fourth and fifth installment as he has other projects too.

“The Avatar films themselves are kind of all-consuming,” Cameron told Empire. “I’ve got some other things I’m developing as well that are exciting.”

“I think eventually over time – I don’t know if that’s after three or after four – I’ll want to pass the baton to a director that I trust to take over, so I can go do some other stuff that I’m also interested in. Or maybe not. I don’t know.” he added.