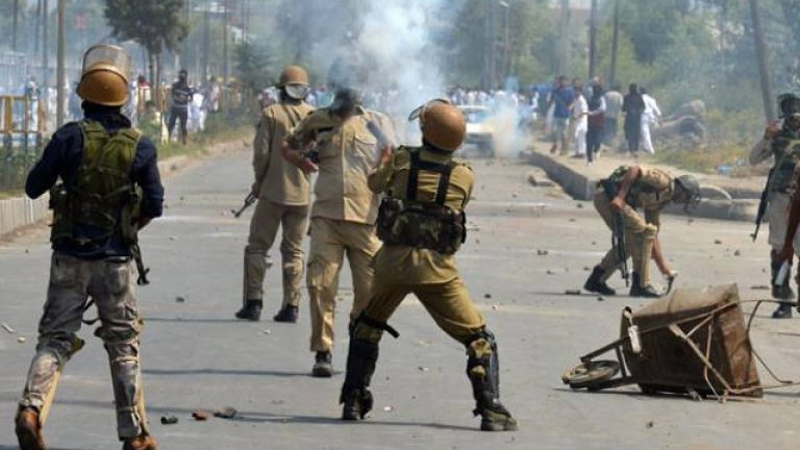 All is set to observe Jammu Martyrs Day at both sides of the line of control in Jammu & Kashmir and rest of the world over on November 6 (Sunday) with due solemnity and reverence to commemorate the supreme sacrifices given by the Muslim inhabitants of Jammu city this day in 1947 while migrating to their then newly-carved homeland Pakistan.

At least 0.7 million Muslim inmates of Jammu city and adjoining areas were mercilessly killed during a week-long ruthless genocide maneuvered and executed by the despotic Dogra ruler’s force and gangsters besides the armed Hindu fanatics in the first and second week of November 1947.

These martyrs included 2.50 Muslim inmates of Jammu city and adjoining areas who were martyred by the Dogra forces and their armed gangsters 6th of November 1947 while they were moving for migrating to the adjoining Sialkot city of the newly-born separate homeland of the Muslims of the subcontinent – Pakistan.

This year too, the Jammu Martyrs day is being observed at the time when the Kashmir freedom has reached its climax following the massive continued anti-India protests by the people of bleeding Indian-occupied state of Jammu and Kashmir state for the last over three years complete information and communication blocked by the Indian occupational forces – since furious Kashmiris were constantly adamant to fully reject and resist the forced August 5, 2019 Indian sinister action of scrapping special status of the disputed Jammu Kashmir State abrogating article 370 and 35-A of her constitution.

Preparations have been given final touches to commemorate the historic Jammu Martyrs day of global significance in the history of Jammu & Kashmir’s freedom struggle at both sides of the LoC and rest of the world, organizers said.

The day is observed every year by the Kashmiris to remember the great sacrifices of lives rendered by those over 2.50 lakh inmates of Jammu including men, women, children and elderly Muslims who were mercilessly slaughtered by the armed Hindu gangsters including the Indian occupying and the dogra military troops near Jammu-Sialkot working boundary under a nefarious pre-planned conspiracy while they were proceeding for migrating to their beloved homeland Pakistan. Like all previous years, the martyrs’ day will be commemorated with the renewal of the pledge to continue the mission of Kashmiri martyrs to bring the Kashmir freedom struggle to its logical end. Jammu Kashmir people by observing the day will renew the resolve this year too to continue the ongoing struggle for freedom of occupied Jammu Kashmir from the Indian clutches till the achievement of the last victory.

Despite the weekly holiday on November 06, there would be gazetted holiday across the AJK-liberated territory on this occasion.

Special ceremonies including seminars and symposiums will be held in all small and major towns of all ten districts of AJK including the capital city of Muzaffarabad, Mirpur, Kotli, Bhimbher, Bagh, Rawalakot, Palandri, Havaili, Hattiyan and Neelam valley as well as in various parts of Pakistan – dwelled with Jammu Kashmir refugees, to pay glorious tributes to the Jammu martyrs, gunned down by the armed Hindu fanatics including Indian occupying and dogra military hooligans, this day (November 6) 75 years ago in 1947.

Participants will offer Fateha for the up gradation of the departed souls of all the martyrs including the martyrs of Jammu & Kashmir who gave supreme sacrifices of their lives in the struggle for the liberation of the motherland from the forced and unlawful Indian occupation of a bulk part of the Jammu and Kashmir state.

Similar special prayers meetings to mark the Jammu martyrs day, an icon of great significance in the history of struggle for freedom of Kashmir, will be held under the auspices of various social, political, religious and other public representative organizations to pay glorious tributes to the martyrs of Jammu and Kashmir.

The day will dawn with special prayers, at Fajr, in all the prominent mosques for the early liberation of occupied Jammu Kashmir from the Indian yoke through the success of the Kashmir freedom movement, progress, prosperity and stability of Pakistan and Azad Jammu & Kashmir. Quran Khawani will be held at various places for Kashmiri martyrs under the auspices of various social, political and public representative organizations.