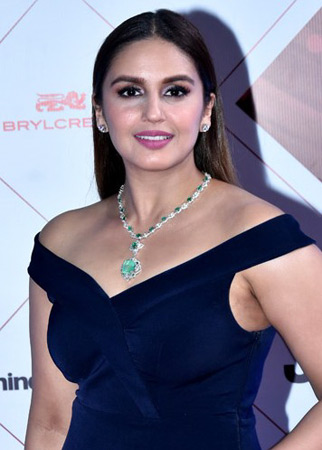 At a time when body-shaming and bullying is the easiest way to target an individual, Huma Qureshi is all set for the release of her upcoming film based on self-love and body positivity titled ‘Double XL’.

The actress shares that she has faced body-shaming and has even got rejected for a film because of her weight.

In an interview with IANS, Huma shared how the story of `Double XL` came to life. “This movie started as a fun conversation with my friends and family-we were all in my living room, and all the actors were complaining about the `post lockdown weight gain` and Mudassar Aziz wrote a story around it,” said Huma.

The 36-year-old actress revealed that director Satram Ramani asked her to gain weight for `Double XL`: “We were just eating and eating. It was just burger lao, pizza lao between action and cut.”

Asked how responsible is Bollywood for setting a bench mark for beauty standards, Huma blames the society for making people believe that a “certain weight is acceptable.” Talking to IANS, the actress, who made her acting debut in 2012 with `Gangs Of Wasseypur`, shared that she had been rejected because of her weight in the past.

Huma said: “I got rejected due to weight and in a review of my film, someone wrote, `Huma adds too much weight to be a mainstream leading lady`.” She shared that she resonates with every woman who has been let down by their looks, size, or colour. The `Bell Bottom` actress believes her movie `Double XL` will change the mindset of society.

`Double XL` also stars Sonakshi Sinha, Zaheer Iqbal and Mahat Raghavendra. It is all set to release on November 4.