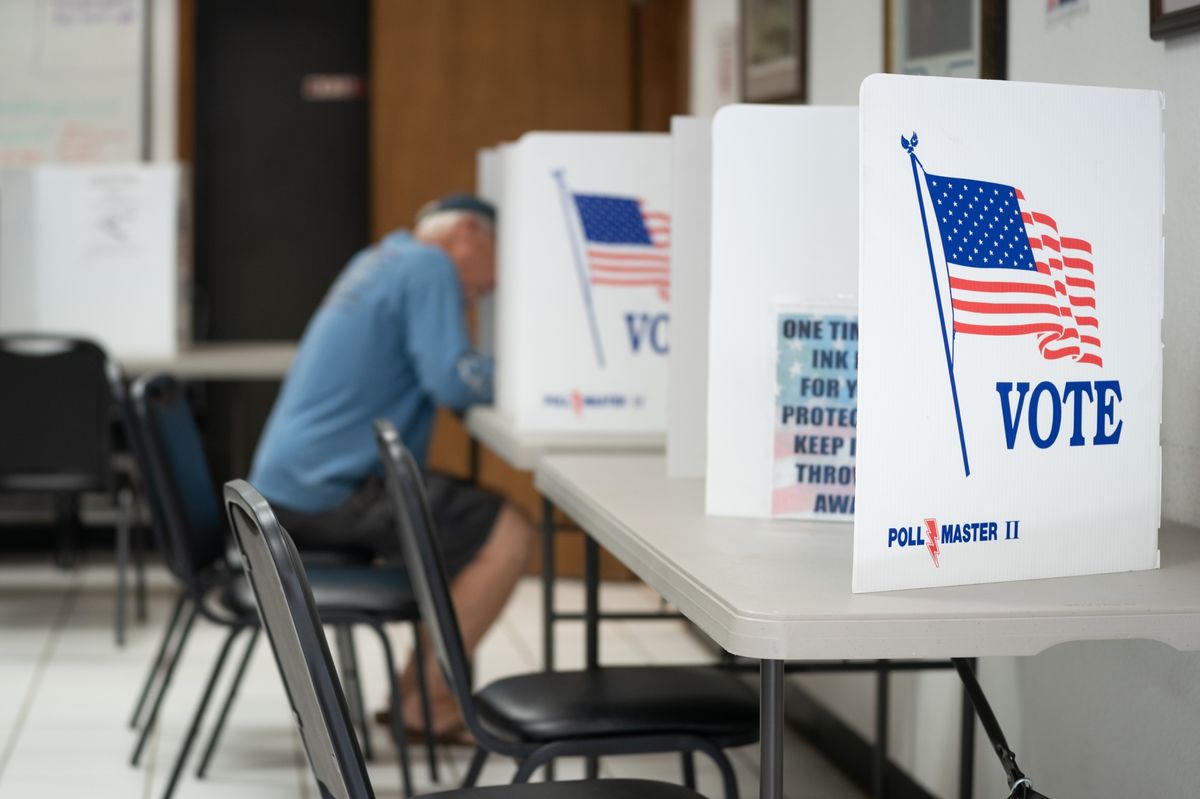 With the US midterm elections just over a week away, the runup to the vote has clearly been dominated by domestic issues.

From inflation to abortion rights and everything in between, candidates and voters have mostly focused on kitchen table, homeland issues.

However, given the current global geopolitical landscape, the impact of the Nov. 8 elections is likely to be felt well beyond America’s borders.

All 435 seats in the lower house – the House of Representatives – are up for grabs, while 35 of the Senate’s 100 seats will be up for grabs.

If the latest polls are borne out, changes are in the offing and the makeup of Congress could be drastically altered when it begins its new term in January. Congress could move from slim (and sometimes nominal) control by President Joe Biden’s Democrats to domination by the Republicans, also known as the GOP, former President Donald Trump’s party.

According to Andrew Bennett, a professor of international relations at Washington’s Georgetown University, the elections are likely to have significant implications for US foreign policy, with the most “immediate and important” effect likely to be “somewhat diminished support for Ukraine.”

“The elections will probably be very close in the Senate, where six to eight seats could go either way,” he told Anadolu Agency.

The 100-seat Senate is currently divided 50-50, with Vice President Kamala Harris (who also constitutionally serves as Senate president) giving the deciding vote for the Democrats as needed. In practice, however, the Democrats have had to deal with more conservative senators needing persuasion on many votes, as well as a 60-vote procedural hurdle that blocks many bills.

Bennett said he believes a Republican majority in the House would lead to “partisan investigations” and legislative gridlock – something numerous GOP candidates have explicitly promised – particularly if they lack the Senate numbers to override Biden’s veto or overcome the 60-vote filibuster hurdle.

“The Republicans might be tempted to get rid of the filibuster, but even then they could not override a veto. Still, it would be harder for Biden to get support for nominees to high foreign policy positions, who must be approved by the Senate,” he said.

If the Republicans take over the Senate, it could have a “large” impact on Turkish-US relations, according to Adam McConnel, an American teaching history at Istanbul’s Sabanci University.

If the leadership of the Senate Foreign Relations Committee passes back to Republicans, Democrat Senator Bob Menendez would lose his veto power, which would “most likely clear the way” for the US to sell F-16 jets to Türkiye – a move Menendez has worked to block – he explained.

However, for McConnel, there is unlikely to be a major change in US foreign policy on other international issues even if both the House and Senate fall into Republican hands.

In the runup to the midterms, Biden expressed concerns over the future of US aid to Ukraine under a Republican-controlled Congress.

His fears were lent credence by Trump’s statements on the issue, who criticized Congress for approving a $40 billion aid package for Ukraine when “America’s parents are struggling to even feed their children.”

Multiple Republican members of Congress have also said US aid to Ukraine should be curtailed or even halted, including House Minority Leader Kevin McCarthy, who said in an interview: “I think people are gonna be sitting in a recession and they’re not going to write a blank check to Ukraine. They just won’t do it.”

If the House falls into Republican hands, as many observers expect, McCarthy would become House speaker, a key role in deciding what legislation comes to a vote.

“The support (for Ukraine) in Congress has been strong and bipartisan,” said Bennett, adding that US aid to Ukraine has faced “few political limits from Congress” so far.

“All this means that after the elections, at best support for Ukraine will stay the same, but more likely it will go down,” he said.

He said even some Democrats have voiced criticism over the scale of US aid to Ukraine, although they remain far outnumbered by their Republican colleagues.

“If the Republican party gains a majority in the House or Senate, it might start to limit aid to Ukraine or use that as a bargaining chip with the Biden administration for domestic or other goals,” Bennett said.

However, he added that there are some Republican leaders who support aid to Ukraine.

McConnel, on the other hand, said he believes US aid to Ukraine “will almost certainly continue and may even increase,” even if Republicans take over both houses.

“The one change that may occur is more pressure from Republican voices in Congress on finding a diplomatic solution to the conflict,” he said.

On China, an increasingly contentious US rival, Bennett and McConnel voiced agreement: no major policy changes, regardless of the midterm results.

“Both Democrats and Republicans in the House and Senate have favored tougher economic policies toward China, so the increased tension in US relations with China over the last several years will likely continue no matter who wins the midterms,” Bennett said.

If the Republicans are victorious, he said he expects tighter constraints on immigration, less support for international environmental negotiations, a more assertive policy toward Iran, and less support in general for NATO – all showing a move back towards Trump administration policies.

McConnel said a Republican-led Congress will oppose the Biden administration’s push to revive the Iran nuclear deal after Trump unilaterally withdrew from it in 2018.

“So a return to that agreement would become even more difficult than it has been in the past two years,” he said.

“Congressional attitudes towards Israel and Saudi Arabia would shift back to the traditional, more friendly Republican stance,” he said, adding that there are no changes likely in Washington’s position on China, Venezuela, or North Korea.​​​​​​​