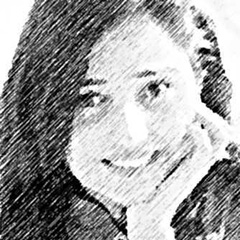 Towards the year’s end one wants to celebrate, rejoice the achievements of the year gone by and prepare excitedly for the coming year. But, for many Pakistanis, this year-end has been mind-numbing. The December cold might numb the body but the cold heartedness of those around us numbs the mind, the heart and the soul. Since the death of Benazir on a bloody December day in 2007, hardly a year has passed by where we have been able to celebrate. December 2008 saw Peshawar being bombed just when people were shopping for the festive occasion of Eid. December 2009 saw the deadly and heartless Parade Lane incident in Rawalpindi killing military men and their families. And now December 2014.

It took a lot of effort to write on the bloody massacre of the children of Peshawar. How would one describe the pain that unleashes when a child is shot in the head, a child’s throat is slit open and the eyes full of dreams are popped out? This year-end Pakistanis have nothing to rejoice but they have much to contemplate. If this can happen to children in Peshawar, it can happen to children anywhere. There is something heartbreaking in the death of a bud that was yet to bloom. If the blood of the innocents of Peshawar cannot unite us, nothing will. We might as well just sit and wait for a bloodied death.

The uprising of civil society is a welcome step but this has to be a consistent effort. The counter narrative needs to be as strong and persistent as the one that misuses religion to kill. There has to be a condemnation of all acts of terror without any ifs and buts. It is sickening to see the media giving coverage to those who feel this attack was justified. It is sickening to see many of us still not openly denouncing the Taliban. And it is most sickening to see the Prime Minister (PM) joke during an All Parties Conference on terrorism when the whole nation is mourning.

While it is somewhat comforting to see the military and political parties take immediate action in facilitating the National Action Plan, only multi-tiered, comprehensive and consistent efforts will be able to put an end to this scourge of terrorism. And, this time, civil society has to play an active role. The point to stress here is that civil society is not just the domain of a few non-governmental organisations or individuals. It is about us all. It is all those citizens of Pakistan who want to see this country prosper and those who never want any mother to lose a child again so mercilessly.

We have had enough of complacency and blaming it on others. It is now time for us to reclaim what is left of our society. While it is heartening to see the mothers of Peshawar show courage in the midst of such a big tragedy, it is unfair as a society to expect a mother to be brave when she loses a child in such dreadful circumstances. We have to finally decide that Pakistan has no place for Taliban apologists and Malala haters. Those who say her shooting was a fabricated tale because the Taliban do not shoot women and children should go and ask the mothers of the children slain in Peshawar. They should go and see for themselves the bloodied corridors of the Army Public School and hang their heads in shame. For us this has to be the now or never moment. If we dither now, rest assured no one is safe.

The self-proclaimed journalists who are happily giving airtime to the likes of Abdul Aziz (Maulana is too respected a prefix to be added in front of his name) should quit their television and print jobs and join the marketing teams of the Tehreek-e-Taliban Pakistan (TTP). They would be paid much higher and get much promised paradise in the whole process. The media too has to decide which side it has to take and what kind of Pakistan it wants. There has to be an end to senseless, nonsensical, television rating point (TRP) coverage by some moronic media houses.

Extreme measures are never recommended but extraordinary times need extraordinary decisions. The military, through the just established military courts, must purge the country of these deadly beasts as a duty to this country and not misuse the trust and authority given to them. The military should also work towards cleaning the black sheep within its ranks. It should answer on the missing people, extrajudicial killings and several other issues that the nation has been asking about for a long time. It is time the people of Pakistan not just make #AskGHQ (or for that matter any other institution) a twitter trend but an actual everyday practice.

Today, Aitzaz Hassan, the child from Hangu, is missed the most. I just wish there had been someone like him at the Army Public School Peshawar who spotted the devils before they could enter. There is a wish this land demand no more sacrifices of young children for us to wake up. May our future Decembers be happier, merrier and livelier. May this country never go into dark mourning again.