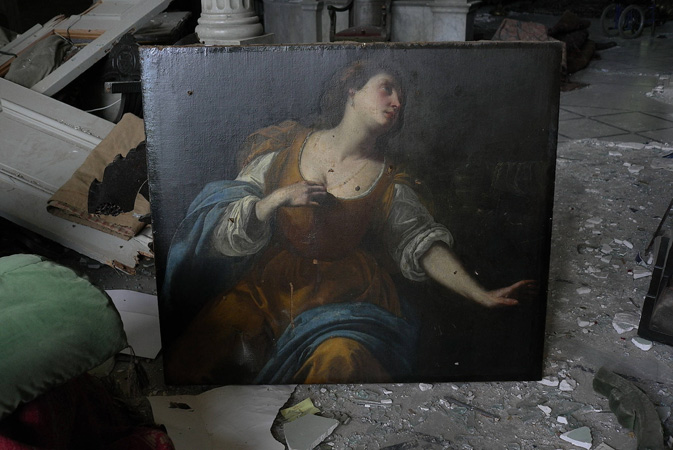 An anonymous painting damaged in the 2020 Beirut explosion has been discovered to be a long-lost painting by 17th century artist Artemisia Gentileschi, the New York Times reported. The painting was damaged while in the Sursock Palace, a historic mansion owned by Yvonne Sursock, a member of the wealthy and influential Sursock family. She died due to injuries sustained by the explosion. The Palace held a large art collection amassed by her parents, Alfred Sursock and Donna Maria Teresa Serra di Cassano. Together, they collected Italian Baroque and 19th- and 20th-century Lebanese paintings, so it follows that they would have a work by Gentileschi, a much beloved Baroque painter. After the painting was damaged in the explosion, it was sent to restoration experts who came to the conclusion about the painting’s authorship.