‘We are in contact with Kenya govt in Arshad Sharif’s death case’: Rana Sanaullah 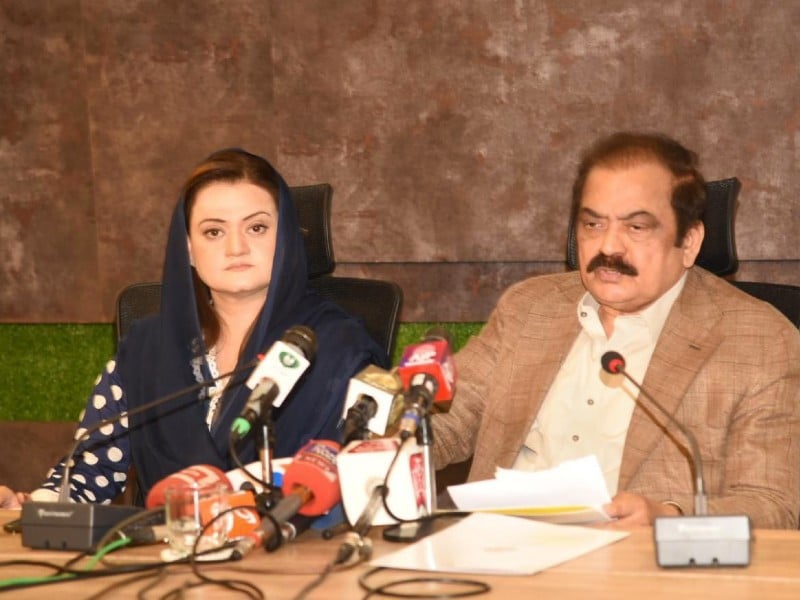 Interior Minister Rana Sanaullah expressed grief and sorrow over the death of senior journalist Arshad Sharif in Kenya and expressed condolences to his family.

“The incident that happened to Arshad Sharif in Kenya is unfortunate. We are in contact with the Kenyan government to find out the facts about the incident,” he said.

“The Pakistani embassy in Nairobi is providing full support in the case of Arshad Sharif. We equally share the grief of the grieving family,” he added.

Moreover, Federal Information Minister Marriyum Aurangzeb had a telephone conversation with the mother of Arshad Sharif and the Kenyan ambassador in Pakistan.

Marriyum Aurangzeb expressed her heartfelt sorrow and grief to the mother of Arshad Sharif and informed her about the progress made so far and the information obtained.

“The death of Arshad Sharif is unfortunate. We share the grief of the family. Efforts are being made to find out the causes behind his death,” she told the mother of Arshad Sharif.

“The Government of Pakistan is in touch with the Government of Kenya and other authorities concerned. The ongoing speculations about Arshad Sharif in the Pakistani media are sad,” she added.

“Pakistan’s ambassador to Kenya is in touch with police officials. The Kenyan ambassador in Pakistan has also been contacted, and he has assured us of full cooperation,” she stated.

“The Kenyan ambassador in Pakistan will also get information from their government and inform us. The Ministry of Interior Affairs is in touch with the Kenyan security agencies and will bring facts to the public,” she declared.

“Speculations should be avoided until proven facts come to light. We will dig out all the facts behind the death of Arshad Sharif,” she vowed.

“May Allah grant the deceased a high place in Jannat-ul-Firdous and grant patience to the family. Amen,” she prayed.