England bowl out Afghanistan for 112 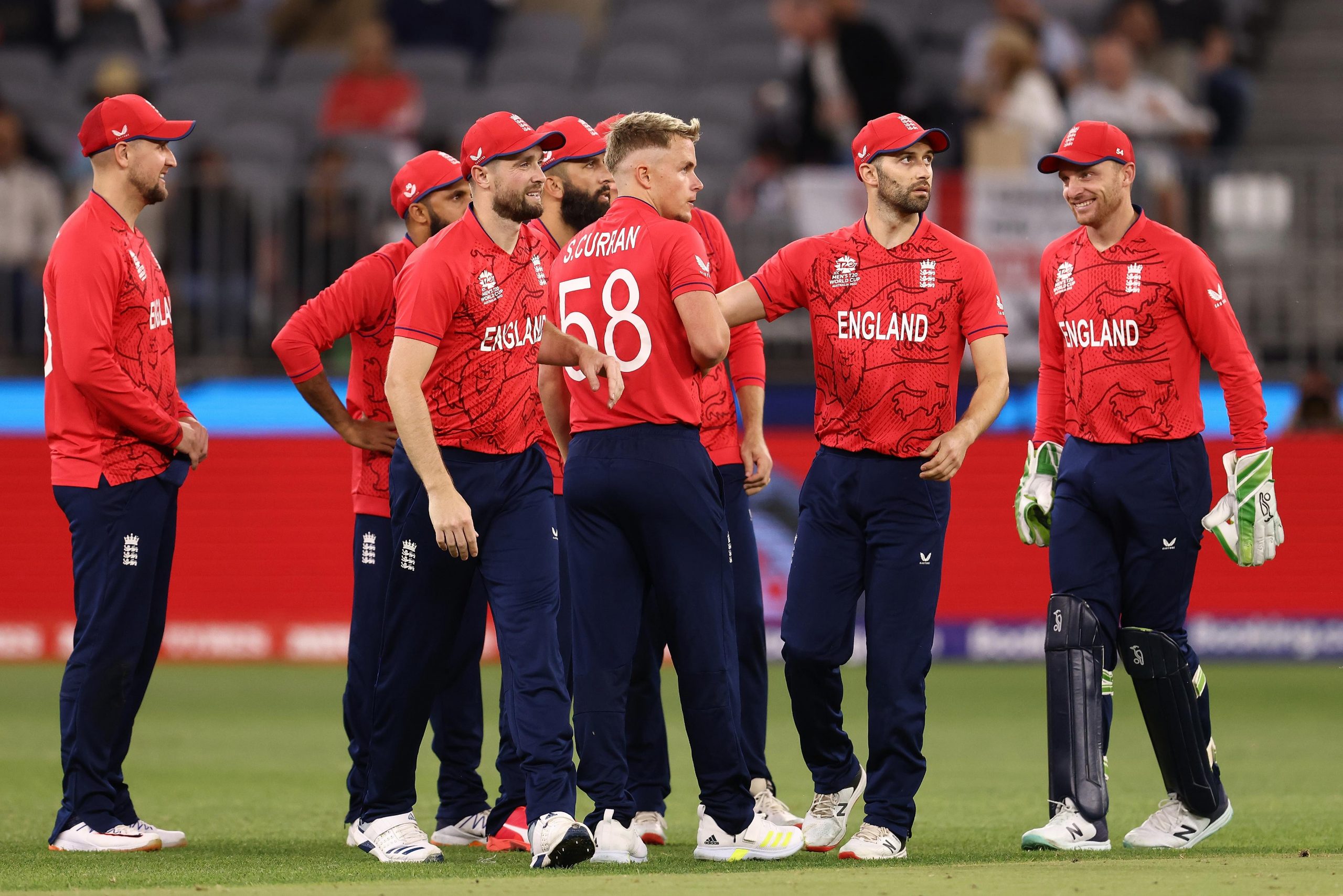 Sam Curran took his first five-wicket haul in Twenty20 internationals as England bundled out Afghanistan for 112 in their opening match of the T20 World Cup on Saturday.

England skipper Jos Buttler, who leads the team in his first global tournament since becoming white-ball captain, won the toss and elected to field first, and the seam bowlers combined with superb catching did the trick for the team billed as one of the tournament favourites.

Curran, a left-arm quick, returned figures of 5-10 — the first England bowler to take five wickets in T20s — to send Afghanistan packing in 19.4 overs and surpass his previous T20 best of 3-25.

Mark Wood struck with his first ball in the third over of the innings to get Rahmanullah Gurbaz, who had cracked a six in the previous over, caught behind for 10.

Ibrahim Zadran hit back with a six and two fours but the England quicks largely kept a lid on the scoring for the first six overs of powerplay — when only two fielders are allowed outside the inner circle.

Ben Stokes, who bowled the opening over and returned figures of 2-19, came back to get Hazratullah Zazai out, with Liam Livingstone taking a splendid running catch at full stretch in the deep.

Zadran attempted to keep up the tempo in his run-a-ball knock, which ended with a check shot to backward point off left-arm quick Curran. He made 32.

The series of stunning catches continued with Adil Rashid running backwards to complete an excellent take at deep mid-on to send back Najibullah Zadran and give Stokes his second wicket.

Buttler also joined in the catching heroics as he gloved a one-handed catch down the leg side to send opposition skipper Mohammad Nabi trudging back to the pavilion for three.

Wickets kept tumbling as Curran picked two on successive balls including Rashid Khan for a duck to be on a hat-trick at the end of his third over.

Usman Ghani played out the hat-trick ball at the start of the 20th over but got out in the next ball as Curran wiped off the tail.