Shazia Marri: Politics of disruption, anarchy neither succeeded in 90’s nor will today 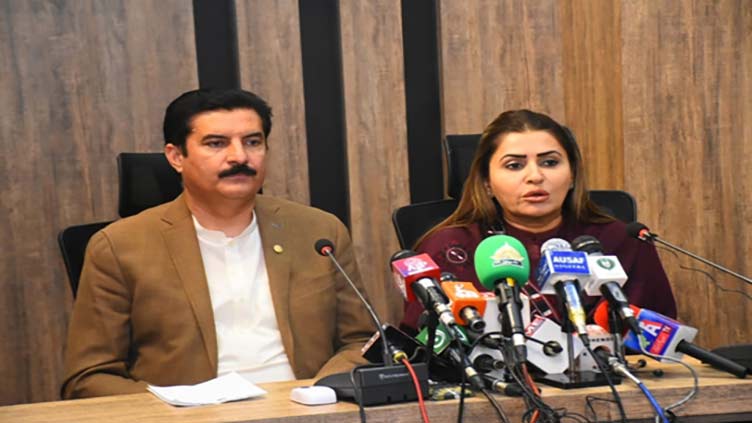 Federal Minister for Poverty Alleviation and Social Safety, Shazia Marri Friday said that the respectable and democratic way to respond to the ECP’s decision for Pakistan Tehreek-i-Insaf (PTI) was to pursue legal way or stage peaceful protest instead of spreading chaos and anarchy in the country.

Addressing a news conference here along with the Special Assistant to the Prime Minister, Faisal Karim Kundi, the federal minister said that the politics of disruption and anarchy has neither succeeded in 90’s nor will today. “The way PTI workers react to such decisions reflects that they lack any political training”, she added.

She said that Imran Khan, as per his recent political history, has always called others as thieves and dacoits however the ECP has disqualified him after finding out his theft.

Shazia Marri said that, “If the decision comes against you it doesn’t mean that you start spreading chaos and anarchy in the country making the lives of the general public difficult.”

She said that Toshakhana case was just a beginning; there were many serious cases against Imran Khan one of which is foreign funding case in which the petition was filed by PTI’s own founding member not any other party’s member.

Shazia Marri said that the legal team of Imran Khan was confused and committed misdeclaration in Toshakhana case.

The minister pointed out that one of the “Cheeta” of PTI called the ECP as dishonest after today’s decision.

“Imran Khan distributed sweets on the disqualification of others but the workers of PPP will not do the same today”, she added.

She said that Pakistan People’s Party had faced many cases while its President, Asif Ali Zardari had faced 14 year long imprisonment with courage.

Referring to the Ring Road Scandal, Bushra Bibi involvement in corruption, Farah Gogi case, Shazia Marri said that Imran Khan himself had been declared as most corrupt and big dacoit. “His theft is also of a unique nature in terms of Toshakhana case,” she added.