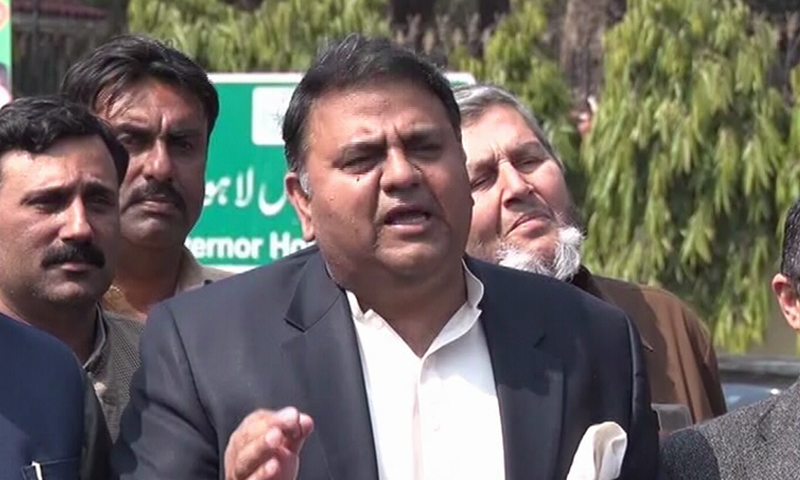 PTI leader Fawad Hussain Chaudhry lashed out at the Election Commission of Pakistan (ECP) on Friday for disqualifying party chairman Imran Khan from political office after his lawyers failed to prove he was not guilty in the Toshakhana reference case.

Fawad Chaudry said ECP’s attitude had been the worst. “We never pinned any hopes on it.”

“This is a shameful decision. They have shamed the 220-million-strong-nation.”

Fawad termed the decision as an assault on the institutions of Pakistan.

PTI leader Fawad Chaudhry, soon after the verdict was announced, asked the public to come out of their homes for their rights.

Speaking to media persons after the verdict, Chaudhry said that the commission had given the verdict they had hoped for. “They are only targeting Imran Khan,” he said.

The PTI leader said that the ECP and its members are not competent to make this decision. “Who are you [ECP] to take a this decision?” he questioned.

In August 2022, National Assembly Speaker Raja Pervaiz Ashraf sent a reference to the ECP under Articles 62A, 63A, and 223, seeking former prime minister Imran Khan’s disqualification in the light of the Toshakhana scam.

The disqualification reference was filed by Ali Gohar Khan, PML-N’s Mohsin Nawaz Ranjha, and five others.

The 28-page reference identified 52 gift items of Toshakhana received by the former prime minister Khan, violating the law and rules, taken away at nominal prices and most of the gifts were sold in the market, including some precious watches.