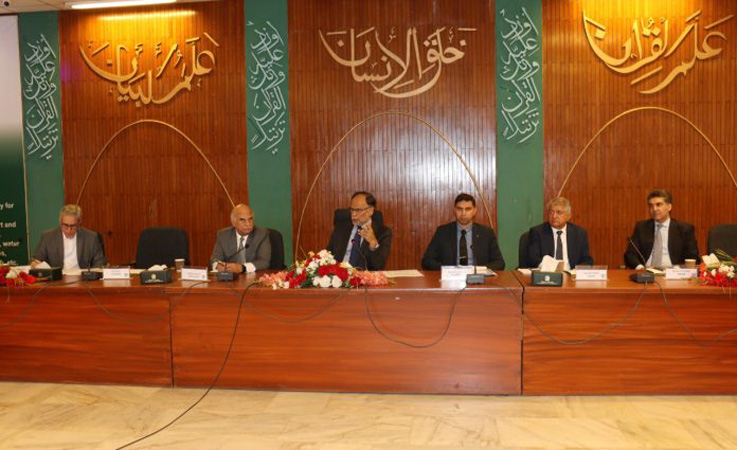 Minister for Planning Development and Special Initiatives Professor Ahsan Iqbal on Tuesday reviewed progress over the upcoming 11th meeting of Joint Cooperation Committee (JCC) on China Pakistan Economic Corridor (CPEC) to be held by the end of this month.

The meeting was attended by Secretary Planning Commission, Secretary Communication, Executive Director CPEC and representatives from various ministries. During the pre-CPEC JCC meeting, major deliverable projects were discussed in length, which will be taken up in the up-coming JCC meeting.

It is noted that Prime Minister Shehbaz Sharif would be visiting China later this week and 11th JCC would have a significance since the incumbent government has already revived CPEC projects, which remained neglected during the last four years of PTI’s tenure.

The respective ministries shared their deliverable proposals of projects after conducting their Joint Working Groups JWGs to be taken up in JCC with the Chinese authorities. The minister directed the Power Division to expedite the approval process of energy policy for Gilgit Baltistan (GB) so that already agreed projects for GB could be pushed forward. The minister also stated that Chinese authorities have shown great interest in mining sector and directed the concerned ministry to make a tangible proposal in this regard.

“The Chinese are ready to set-up a working group on the mining sector therefore, we must give them some tangible proposals,” said the minister, while stressing the ministries to make a concrete plan rather than a business-as usual approach.

He further directed that the Development and Production Facility of Solar Panels for domestic use as well as export may be considered for inclusion in the agenda of the meeting.

During the meeting, representative from IT informed the minister that Pakistan and China decided to set up six sub-working groups on communication technology infrastructure, application innovation, policy and regulation, HR development, cyber security and radio spectrum regulation.

Similarly, it was also proposed that the Pak-China Technology Business Forum would be formally established during the JCC meeting. The minister also directed the concerned ministries to focus on the long-term plans as well so projects could be operationalised.