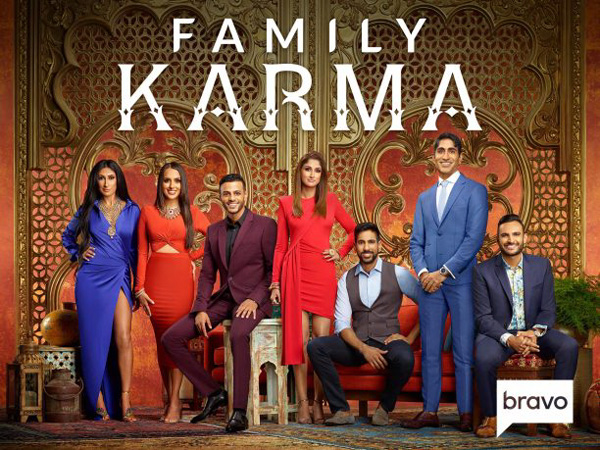 Karma has come back around-and we are thrilled. Why? Well, the super-sized trailer for the third season of the Bravo hit docuseries, Family Karma, dropped on Oct. 15 and the sneak peek shows the season’s most epic highs (included weddings, engagements and more) and a few bumps along the way (yes, there are a few disagreements between the gang-and their families, of course).

The season will follow Amrit Kapai, and his fiancé, Nicholas, as they gear up to tie the knot, while facing difficulties and challenges along the way. Also gearing up to walk down the aisle would be long-term couple Vishal Parvani and Richa Sadana. After 10 years together and three engagements, the pair and their families are coming together to plan the dream wedding of a lifetime.

Speaking of taking a relationship to the next level, Monica Vaswani is ready to move her relationship along with boyfriend, Rish Karam-but only time will tell whether their future together remains certain.

On the other hand, Bali Chainani and her boyfriend O’Malley seem to be stronger than ever. But an ultimatum from Bali’s ex-husband may force the pair to make a mind-blowing decision. And as far as Anisha Ramakrishna goes, although she’s found the right one, her relationship just may have come at the cost of her bond within the circle. But not everyone is off the market. Fellow castmate Brian Benni is once again single and ready to mingle. And although he’s still busy trying to find the girl of his dreams, viewers just may also see him taking the steps to for an independent future.