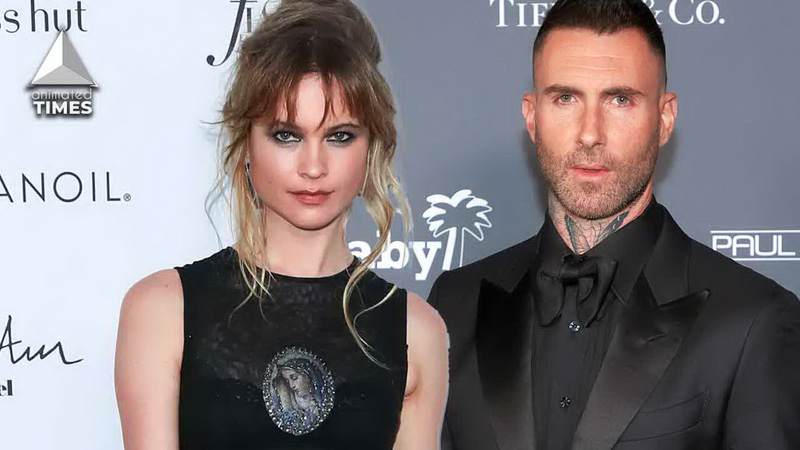 Behati Prinsloo’s latest pic is making fans wonder. The star returned to social media for the first time since her husband Adam Levine’s DM scandal with a biting throwback. In the Oct. 15 snap shared to her Instagram Stories, Behati’s sticking her tongue out and flipping off the camera while walking on a Victoria’s Secret runway.

The model has been quiet on social media since Adam denied having an affair with Instagram model Sumner Stroh on Sept. 19. One-day prior, Sumner said in a pair of TikToks that she and the Maroon 5 frontman had a yearlong affair and that he told her his marriage to Behati was over.

While the singer denied that a physical affair happened, he confessed to texting with other women in a “flirtatious manner” in a Sept. 19 message on his Instagram stories. In his statement, Adam also admitted that he “crossed the line during a regrettable period of my life.”

These allegations came just days after Behati-who shares daughters Dusty Rose, 5, and Gio Grace, 4, with Adam-announced she was expecting the couple’s third child in a Sept. 15 Instagram post.

While Behati has yet to address the scandal publicly, a source close to the couple where her and Adam were at in the aftermath of the allegations.

“Behati is upset but she does believe him that there was no physical affair,” the insider said Sept. 21. “They have been together this entire time. She feels they are happily married and is shocked to find out what was going on behind her back.”

Behati was also by Adam’s side as he performed with his band at the annual fundraising Gala, The Event, on Oct. 1.

Shaquille O’Neal also stood by his friend amidst public backlash during the Las Vegas Gala. “Adam is a friend of mine from a long time ago,” he said. “I always say to myself, you know, I cannot be a hypocrite. Now, I wasn’t the greatest husband in the world, so just because I have a large platform right now doesn’t give me the right to bash other people. He’s great, he’s doing something for the children, he’s always been like that. I’m happy for him. And I wish him luck.”