India is in ‘pain’ as Camilla gets ‘Koh-i-Noor’ diamond, says Modi 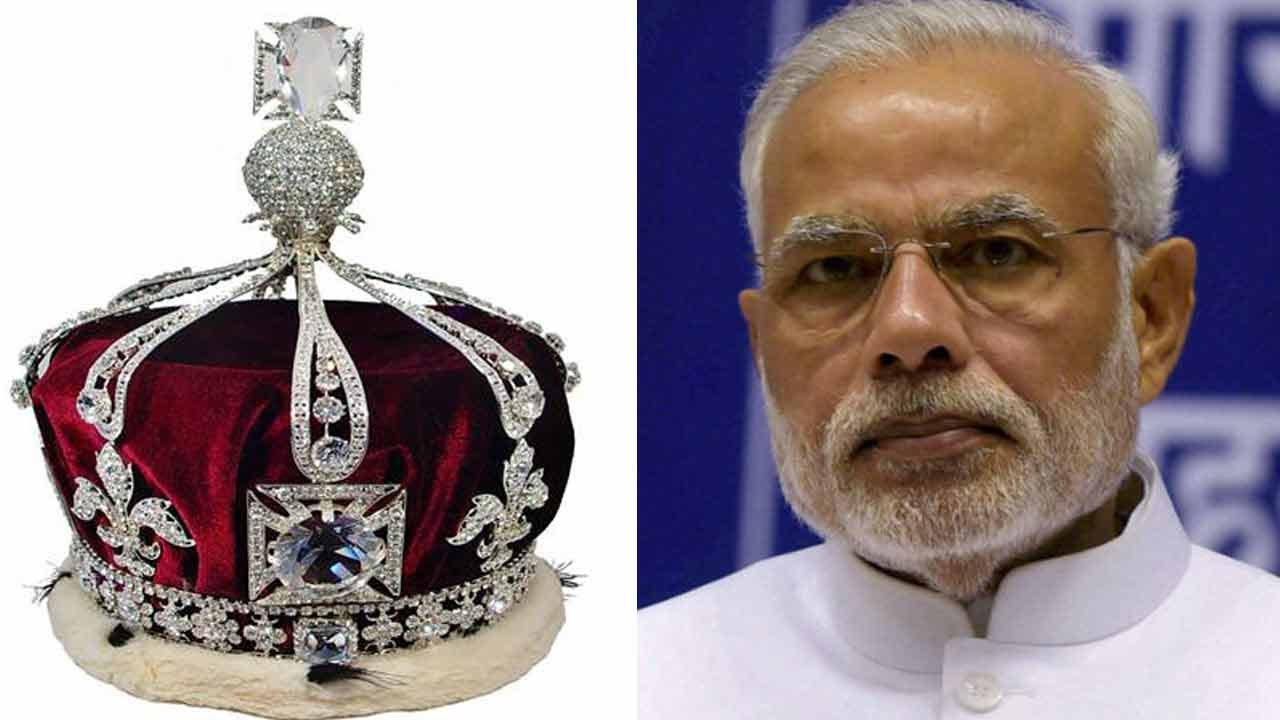 India is in ‘pain’ as Camilla gets ‘Koh-i-Noor’ diamond, says Modi

Indian Prime Minister Narendra Modi’s party admits that Camilla getting Koh-i-Noor diamond has “transported a few Indians back to the days of the British Empire”.

Speaking to ‘The Telegraph’, Modi’s representative said: “The Camilla’s coronation and the use of the crown jewel Koh-i-Noor bring back painful memories of the colonial past.”

“Most Indians have very little memory of the oppressive past. Five to six generations of Indians suffered under multiple foreign rules for over five centuries.”

The spokesman added: “Recent occasions, like Queen Elizabeth II’s death, the coronation of the new Queen Camilla and the use of the Koh-i-Noor do transport a few Indians back to the days of the British Empire in India.”

Meanwhile, Mail+ conjectures the diamond may not be a part of the May ceremony due to its “political sensitivities” and “significant nervousness” around its origins.

Here is a timeline of some notable events and moments lived by Queen Elizabeth:

April 21, 1926 – Elizabeth was born at 17 Bruton Street, London. in the private chapel of Buckingham Palace on May 29 of the same year.

Dec. 11, 1936 – She becomes heiress at the age of 10 when her uncle Edward VIII abdicates and her father George VI becomes king.

February 1952 – Princess Elizabeth and her husband Prince Philip embark on a tour of Africa and Asia in place of their ailing father, King George VI. News of the king’s death reached her in Kenya on February 6, meaning she became the first ruler in over 200 years to ascend the throne overseas.

1970 – During a visit to New Zealand, the Queen introduces the “walkabout”, a tactic of meeting people for royal tours.

1977 – Her queen celebrates her Silver Jubilee – 25 years of her as monarch – with a tour of Commonwealth countries and lavish celebrations in the UK. 1981 – Prince Charles marries Lady Diana Spencer in a glamorous ceremony.

1992– Her 40th year on her throne, which she calls “annus horribilis” (terrible year), is marked by marital problems and public dissensions. It started with Andrew and Sarah’s divorce and Anne’s divorce from Mark Phillips.

November – Windsor Castle is badly damaged in a fire. The queen agrees to pay income tax.

March 1995 – The Queen delivers the first speech by a British monarch to a South African parliament since 1947.

December – Buckingham Palace confirms that the Queen has written to Charles and Diana urging them to divorce.

1997 – On August 31, Diana and her millionaire Dodi al-Fayed are killed when their car crashes while being chased around Paris by motorcycle photographers. The Queen and the Royal Family have been criticized for their reluctant response.

Feb. 9, 2002 – The Queen’s sister Princess Margaret dies aged 71 after a life of glamor and heartbreak.

2005 – His son and heir, Prince Charles, marries Camilla Parker Bowles in a civil ceremony in Windsor.

April 29, 2011 – The Queen attends the wedding of her grandson, Prince William, and Kate Middleton, which is estimated to have been seen by around two billion people around the world.

May – The Queen makes a four-day state visit to Ireland, the first visit by a British monarch since Ireland gained independence from London in 1921.

2012 – The diamond jubilee to mark her 60th year on her throne will be celebrated for four days in June, along with a nationwide tour. One million people gather for a parade on the River Thames and millions more attend street parties.

August 2, 2017 – Husband Philip retires from public life after supporting his wife for 65 years. November 20 – Elizabeth and Philip celebrate their 70th wedding anniversary with a private party at Windsor Castle.

October 2019 – A family feud between William and Harry goes public, with the young prince confirming rumors of a falling out.

November 15 – Prince Andrew gives BBC TV a disastrous interview to end a sex scandal. A few days later, he was forced to resign from his royal duties due to his links with the disgraced American financier Jeffrey Epstein, who was imprisoned for pedophilia in 2008.

January 2020 – Harry and Meghan announced that they will no longer be working members of the Royal Family. They move to Los Angeles in March.

April 5 – The Queen makes just the fifth TV special of her reign to rally the nation amid the COVID-19 outbreak.

October 20– The Queen is spending a night in hospital for what Buckingham Palace described as “preliminary exams” for the first time in years. November 30 – Barbados becomes a republic, meaning the queen is now the head of state of just 15 empires

January 13, 2022 – Buckingham Palace claims that Prince Andrew has lost his military ties and royal patronage and will no longer be known as “His Royal Highness” as he defends a US suit filed by Virginia Giuffre, who claimed that the royal family l ‘she sexually abused when she was a teenager.

February 6 – The queen celebrates her 70th year on the throne and takes the opportunity to give her blessing to Charles’ second wife, Camilla, who is called “queen consort” when she becomes king.

February 15 – Prince Andrew pays an undisclosed sum to settle the lawsuit in the United States but does not admit wrongdoing.

February 20 – The queen tests positive for COVID-19 and is said to suffer from mild cold symptoms. You quickly return to official duties. September 6 – The monarch officially appoints Liz Truss as British Prime Minister and asks her to form a new government.