New COAS ‘not my concern’

* Imran Khan says coalition govt wants to bring army chief of their choice, which is a 'security threat'
* How can a 'criminal' appoint the army chief?
* Haven't shared date of long march even with Shah Mehmood Qureshi 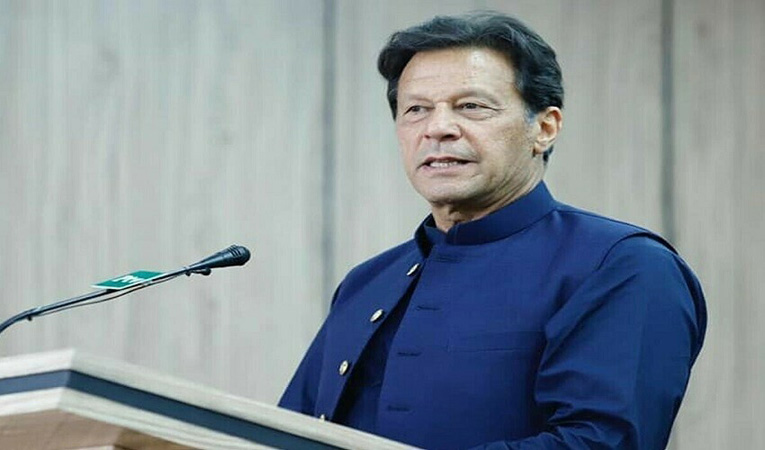 Former prime minister and Pakistan Tehreek-e-Insaf (PTI) Chairman Imran Khan has said that the new army chief should be appointed on merit and that he was not bothered by any individual being appointed to the top military post, a private TV channel reported.

“It makes no difference to me who is appointed as the next army chief as long as it meets merit,” Imran Khan said while talking to senior journalists in Lahore. “Appointment of army chief should be on merit,” he reiterated. “However, they [the coalition government] want to bring the army chief of their choice, which is a ‘security threat’ because how can a criminal appoint the army chief?” he asserted.

On the issue of long march, the PTI chairman said that he will not reveal the date of long march to anyone as ‘everything is recorded… I have kept the date to myself… Shah Mehmood Qureshi is my vice-chairman, I did not tell him either’.

Commenting on upcoming by-elections, he said, “I think October 16 is far away. There may not be a by-election at all”. On the issue of cypher, he said the cypher was not stolen, but its master document was safe at the Foreign Office. “Thankfully they’ve accepted the cypher as a reality… if the investigative committee calls me I would first ask who Donald Lu ordered to remove… and then they were given the NRO,” he remarked.

The PTI chief said that “they have appointed a NAB chairman of their choice… they want to appoint all heads of institutions of their own will… the Election Commission has never been so biased,” he maintained.

Imran said the incumbent rulers used to say that the Election Commission was biased, “but now they want to disqualify me in the Toshakhana case”. He challenged that his Toshakhana case was jointly heard with Zardari and Nawaz Sharif’s cases. “Did I do something illegal… no… while they illegally took expensive vehicles home.”

The deposed premier further said that how could Interior Minister Rana Sanaullah stop his party’s long march because Punjab and Khyber-Pakhtunkhwa, where his party ruled, were all around Islamabad. “We have governments in Azad Kashmir, Gilgit-Baltistan, Punjab and KP…. Rana Sana is only issuing empty threats,” he added.

Asked if he would appear before the high-powered probe committee set up by the government, he expressed his willingness to appear and answer questions. “When the inquiry committee calls me, I will ask who is Donald Lu to ask for me to be removed,” he retorted. He further reiterated that the coalition government has given its members an NRO.

Political temperatures flared on Wednesday as PTI Chairman Imran Khan continued to build momentum for a second iteration of his “Haqeeqi Azadi March” to Islamabad.