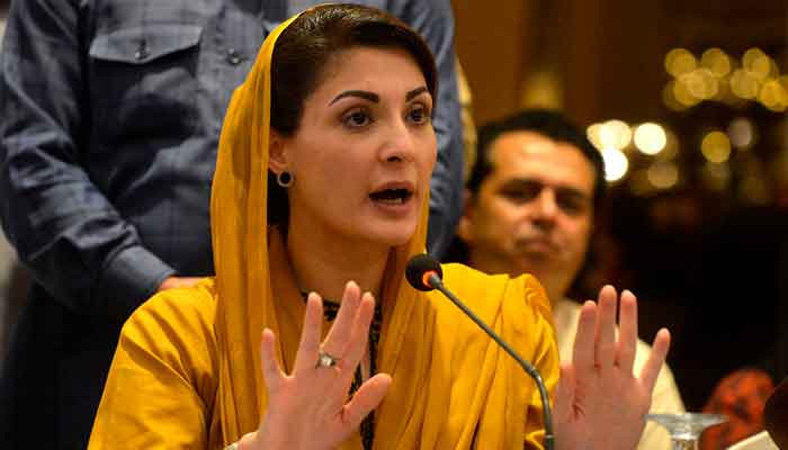 The development comes days after the Islamabad High Court set aside Maryam’s conviction in the Avenfield case.

As the proceedings commenced, CJ Bhatti asked whether or not Maryam Nawaz had submitted any application for seeking the return of her passport.Maryam’s counsel, Amjad Pervez, argued that the previous plea has become infructuous in presence of the current application.

“Maryam was arrested in the Chaudhry Sugar Mills case. She was sent on physical remand and later remanded in judicial custody, after which the LHC granted her bail on merit,” Maryam’s counsel contented.

The LHC, he said, asked Maryam to submit her passport and Rs70 million to the registrar’s office which the PML-N leader had abided by. But, the accountability watchdog had failed to submit a relevant report to the court despite the passage of four years.

The lawyer argued that Maryam was being deprived of her fundamental rights. He further contended that prolonging a case was akin to “misusing the law”. “Courts even dismiss cases over prolonged delays,” he remarked. Referring to the relief provided to Maryam in the Avenfield case, he said his client’s conviction had been suspended on merit and she had been acquitted. The lawyer called on the court to order the return of Maryam’s passport.

The NAB’s lawyer told the court that the accountability watchdog was looking into the matter in light of the new law. “We are seeing how this case will proceed under the new [NAB] law. The investigation wing has to decide whether the case will continue or be disposed of,” he said. The LHC CJ then asked him about the “instructions” he had been given regarding returning of the passport. “We have no objections to returning the passport,” the lawyer replied.

At that, the court directed the deputy registrar (judicial) to return Maryam’s passport. agencies

The NAB law supersedes all criminal laws and the bureau already gave Moonis a clean-chit in the cases, according to the petition.

As the proceedings commenced on Mionday, the deputy attorney general Asad Ali Bajwa while shedding light on the important features of the case implored the court that the challan of 13,144 pages had been submitted before the court.Following this, Moonis Elahi’s counsel Amjad Pervez argued to the court that he had citations of around fourteen (14) decisions to establish his case in favour of the accused petitioner.

On a point, Justice Ghural asked how another party could get an FIR registered if the complaint does not come from the actual party. To this, the deputy attorney general Bajwa replied that the bank in this case placed before the court is itself allegedly involved in the commission of the offence.

The court asked whether the FIR had been registered after the registration of FIR against Jahangir Tareen. To which Elahi’s counsel Amjad Pervez argued the FIR against the PTI leader was registered in 2020.

Moonis Elahi’s counsel argued that there was a ban in 2007 and 2008 on establishing sugar mills but even then an allegation of establishing a sugar mill in Rahim Yar Khan was levelled.

He further argued that the then chief minister issued NOC which was twice testified by the Lahore High Court. In 2007, the allegation of money laundering was levelled in the name of employees with fewer salaries. The National Accountability Bureau (NAB) probed this matter in detail for a long time but nothing was recovered to establish the case, the counsel argued. “When NAB found nothing, it [NAB] decided to close the reference,” he added.

He argued that neither the bank nor any private person is the complainant in this FIR and nor the national exchequer bore any loss. The case is purely based on political victimisation merely to harass and blackmail Moonis Elahi despite the fact that he has nothing to do with the case.

Justice Ghural asked when was the NOC issued for the sugar mill. The deputy attorney replied that before commenting he just wanted to say that sections relating to the banking offences apply to the case.

The reply irked Justice Ghural who said to the deputy attorney general to respond to his queries first and then speak as much as he wanted.

The deputy attorney general argued that Elahi had obtained pre-arrest bail in the matter while the FIA’s plea seeking cancellation of the bail is fixed by Tuesday.

He further questioned that the single judge bench could not hear the case and it needed a two-member bench. Justice Ghural responded by saying that a single bench could hear this matter.

The investigation officer told the court that shares were purchased and sold through fake accounts. The shares first were sent into the companies and then transferred to the Moonis Elahi’s family, the IO maintained.

Elahi’s counsel argued that NAB continued conducting inquiry for 20 years but found nothing against the petitioner accused. Neither any bank nor account holder complained against Moonis Elahi. He argued that FIA also had no evidence of corrupt practice, misuse of power and money laundering against the accused petitioner.