From ‘drama’ to a ‘trust of the state’ 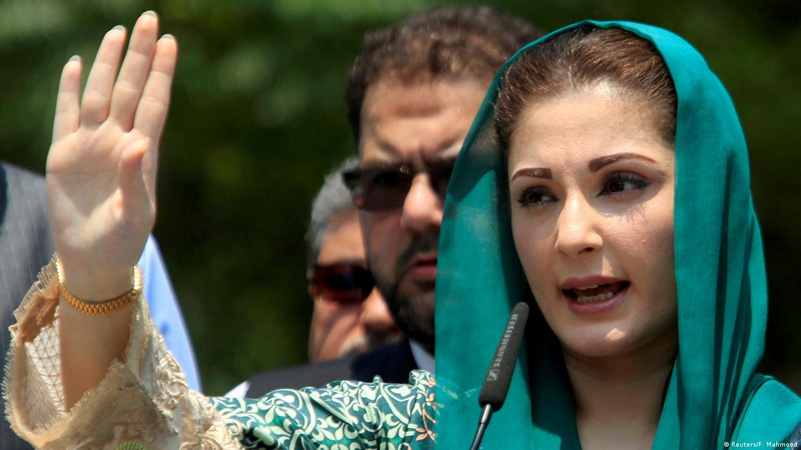 Lashing out at former prime minister Imran Khan, Pakistan Muslim League-Nawaz (PML-N) Vice-President Maryam Nawaz has said that the Pakistan Tehreek-e-Insaf (PTI) chairman made the cypher ‘disappear’, fearing he would be ‘caught for his forgery’. “This cypher is not just a piece of paper but it is given to you by the state of Pakistan that you will safeguard it. Whoever violates the interests of the state by betraying the national trust should be made an example so that no ‘foreign agent’ damages the country for the sake of dollars,” she wrote on her official Twitter handle on Sunday. Maryam said that Imran made the cypher disappear after being caught red-handed, adding that he even used a hashtag for it. In an interview on Saturday, the former prime minister had said that the copy of cypher he had was missing and he doesn’t know about its whereabouts.

However, to a question about the ‘missing’ diplomatic cable, the ex-premier said that it is available and was not made public because it is a state secret. “Cypher exists and it is with the chief justice. The president and the army chief have also seen it,” he went on to say. Elaborating on why he used the word letter instead of cypher or transcript, Imran said that he was talking in the context of a public gathering. “If I say cypher during a jalsa, no one would have understood it. I used [the word] letter for the understanding of people. When you address people you use common terms.”

On Friday, while declaring the theft of the cypher from the records a serious matter, the federal cabinet had formed a special committee of the cabinet to determine legal action against all those allegedly involved, including Imran Khan, ex-principal secretary to PM Azam Khan and senior ministers of the then PTI government.

‘This (PTI) government has come up with a letter, which is fake. No such letter even exists. This is just a drama, whose reality is now unfolding.’

‘This cipher is not just a piece of paper but the trust of the state of Pakistan. Whoever violates interests of state should be made an example.’