Education in Pakistan and the Vision 2050

Education is the most powerful tool in enhancing the socio-political scenario of every nation and state on the global stage. It proved its efficacy in developed countries by making their men and women the most skilful and valuable citizens of the state. But unfortunately, Pakistan could not harness this tool as effectively as was deemed. The primary causes for this gradual decline in educational standards and ineffectiveness are the postcolonial background and lack of professionalism in education associated with a traditional lethargy and inept non-synchronizing attitude generally found among Muslims in Asia. Pakistan was created at the highest moment when the global scene was set for the uplift of masses through the democratic process via education, and the world was rapidly discarding the view that war could solve human issues of poverty, health, and well-being. Pakistan initially stood in line with the comities of world nations but very soon started to budge from its initial resolve because of the absence of intelligentsia and a visionary political setup.

The world is now moving towards a new vision of establishing, revamping, and enhancing educational institutions to make their students skilled individuals capable of entering the job market to fulfil the economy’s needs or to become entrepreneurs of small or medium businesses soon as they complete their desired degrees. As a result, there is less focus on degrees with higher evaluation grades and CGPs and more on the skill one knows to run the same. Pakistani people have not come out of the tangles of becoming high-grade officials for lucrative jobs. As a result, many degree-holders remain jobless and aimless in society, hence overburdening the already crippling economy. Such graduates are of no benefit to any nation. They are suitable only for white-collar jobs, but the global and indigenous economies are set for production rather than managing this. As such, we have become the consumers’ nation rather than producers, which is causing havoc in the socio-political, financial, and educational arena. In fact, by not following the right track of education and training for our nation, we have multiplied our issues in almost every area.

We have become a consumers’ nation rather than producers, which is causing havoc in the socio-political, financial, and educational arena.

Let bygones be bygones to reconstruct, rethink and reevaluate our educational system so that at least our upcoming generations may be able to avoid becoming slaves to the world’s powerful economies and equip themselves to stand shoulder to shoulder with them. Our planners, at the outset, need to look at and evaluate the job markets of the near and far future and accordingly make short and long-term plans for the educational economy. We know that there is no denying the fact that IT, Computerization, and AI, like disciplines of study, will pay dividends to the students in the upcoming ten years. This modernization in irrigation and cultivation must be worked on a war footing because agriculture is the mainstay of our food basket in Pakistan. Here advanced agricultural methodology and its related industry must be engaged with actual letter and spirit, mainly because our water resources are depleting rapidly, and we have not developed any infrastructure to conserve water. To increase our exports and decrease our imports, we need to revamp our new industrial system by keeping the Chinese model in view because they have focused more on human capital than a machine. Like China, Pakistan has human capital in abundance because lack of any effective planning to control and manage population explosions. The only way forward is that this population explosion must be engaged to equip them with 21st-century skills in every field because these men and women can only give a positive and upward U-turn to our economy. A skilled human capital cannot only increase the production for export but can also be exported to the international job markets for a better-earning position. The world is facing water crises, food crises, and greenhouse effects. It solves this issue, humanity in general and Pakistan in particular need to develop the education sector with such a vision as can produce educated and skilled individual to fit into the emerging professions because of these crises as these crises are rapidly putting an end to the traditional disciplines and are giving birth to a highly qualified breed of domains which involves skills and skills and nothing else but abilities to do work. So, as per Vision 2050, stresses must be laid on revamping classroom teaching, for which the teaching community must be trained to deal with the highly sophisticated professions of the future.

It should also be done because of rapid mechanization and computerization; the traditional professions are being shunned, and multinational corporates focus on employing skilled workers for cheaper productions. Production of the skilled worker through education by using the techniques like Flipped classroom, Connected Learning, and Collaborative Approaches is the best way to end joblessness and unemployment and to improve the well-being and happiness level of our people, which go a long way in setting up healthy and positive social trends in society. It is also because a skilled and employed worker is far better than a highly qualified corrupt individual or a thief.

The writer is a professor of English at Government Emerson University, Multan. He can be reached at zeadogar
@hotmail.com and Tweets at @Profzee 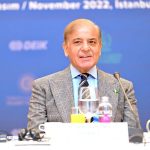