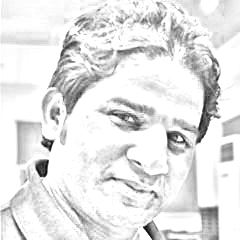 “We are happy that Asia is coming back to us,” Vice Rector for Internationla Relations Professor Dr Dmitry Arseniev said in his opening remarks to the participants of the International Week on Effective University Networking: Response to Global Challenges at Saint Petersburg State Politechinical University (SPbSPU), Russia. Amongst the partakers from Italy, Germany, the UK, Spain and Finland, there was only one Asian, only one Pakistani and that was myself. It was unexpected for a top ranking Russian Univerity that a Pakistani would cross the Arabian and Baltic seas to come to the city of white nights with the ardent wish to forge academic linkages between the two countries. Since 1947, Pakistan’s relations with Moscow have been mostly confrontational. Pakistan has been the US’s “most allied ally”. India was associated with the Soviet Union during the Cold War. Moscow’s veto in the UN Security Council to block Kashmiri self-determination, the U2 flight from Peshawar, Soviet support in 1971 for India’s war against Pakistan and Islamabad’s continuous collaboration with the US in the anti-Soviet war in Afghanistan have all disseminated the hostile relationship.

However, far away from the traditional paradigms of enmity and cooperation between Pakistan and Russia, I have focused on the element that has not been highlighted by any author as a medium to water the postivity between Moscow and Islamabad. It was an effort to bring the universities of both countries closer to each other. It is my belief that neither military pacts nor oil/gas agreements can break the walls of misunderstanding between the people of both countries but educational concords certainly can. Therefore, my curiousity about the Russian education system and its amazing contributions towards the development of science, engineering, information technology as well as fine arts and archetecture of the world, led me to explore highly prestegious Russian educational institutions i.e. SPbSPU, Lomonosov Moscow State University (MSU), Institute of Asian and African Studies (IAAS) and Institue of Oriental Studies of the Russian Academy of Sciences.

Under President Putin’s Project 5-100, in which five Russian universities must feature among the world’s top 100 by 2020, there has been a strong urge in Russian higher education institutions for research, impact, global expansion and overseas academic linkages with universities around the world and to bring the Russian education system into harmony with international needs with regards to the english language as the medium of instruction for international students. The progress was evident in the 2014-2015 rankings by Times Higher Education: Lomonosov Moscow State had broken into the top 200 (joint 196th place) and Novosibirsk State University jumped straight into the 301-350 band due to the dramatic improvements in the impact and collaborative nature of its multidisciplinary research as compared to last year’s rankings in which not a single Russian institution made the top 200.

During International Week at SPbSPU, several presentations were made including my talk regarding the higher education system of Pakistan as an emerging force to be the most vibrant and rapidly growing research oriented educational atmosphere. It also included my presentation on ‘Networking as a forum of discussion and exchange of information for universities and the creation of a modern international community’. The vice rector of SPbSPT showed good interest in collaborating with Pakistani universities in the broader areas of science, technology and social sciences.

I would strongly urge and recommend the educational leaders of 164 higher education universities (HEIs) in Pakistan that efforts be initiated to collaborate with the Joint Institute of Science and Technology (JIST) of SPbSPU, which is going to be the world’s number one centre of excellence in science and technology according to the Russian Strategic Development Programme for 2010–2019, comprising seven research and technology complexes and eight centres and laboratories. The other potential areas for mutual cooperation include nanotechnology, telecommunications, energy, transport system, economics, management and humanities. It is a very encouraging sign that, as decreed by President Putin, Russian state universities are stepping forward to work with South Asian countries on academic exchange, joint research projects and faculty exchange programmes.

“We have got a lot of financial resources. Come to SPbSPU with proposals,” says Professor Dr Dmitry. In this regard, China and India are leading the game. Every 20th international student in Russia is Chinese and throughout Russia, all students of oriental studies travel to India to spend three months of internship at Jawaharlal Nehru University to learn the Urdu language and the culture of South Asia. “Russia sincerely wants an end to politics in education,” said Dr Vladimir Khiznyak, the head of the international relations office at SPbSPT.

During the second leg of my visit, travelling from Saint Petersburg to Moscow provided for an exciting journey. Represented by seven outstanding skyscrapers, traditionally called Seven Sisters, Moscow is the hub of the top and oldest academic institutions of higher learning in Russia. Despite being expensive and the language barrier, one can find a lot of people from around the world walking in Arbat Street, Red Square, the Pushkin Museum of Fine Arts and the Russian State Library (Leninka).

Speaking on ‘The culture of Pakistan, traditions and rituals’ at Moscow State University was the best moment of my visit to Russia. Professor Dr Meyer, the president of IAAS, and Professor Dr Khokhlova desired to send Russian students of Urdu language to Pakistani universities and to exchange faculty in various areas. “Language is no more a barrier between Russia and Pakistan, the real barriers are in our hearts, which we need to break,” said Olga, a student at IAAS.

During my visit to the Institute of Oriental Studies at the Russian Academy of Science, I met more than 20 Russian PhD faculty members who were working on religion, economics, education and the civil military relations in Pakistan. Maria Khattseva, a PhD scholar was doing her PhD thesis on Shia-Sunni religious conflict in Pakistan. The question arises: how many Pakistani universities are working so extensively on such focused research on Russia or on any other country in the world?

I must say that Russia has a lot to offer Pakistan and its education system in the visionary leadership of President Putin. Russia’s interest in various energy related projects in Pakistan, including CASA-1,000, the development of the Gwadar liquefying facility and construction of a pipeline between Gwadar and Nawabshah are just a few glimpses. This also includes Russian banks’ offer of a one billion dollar credit line to Pakistan, the recent visit of the Russian military chief and signing a military pact between both countries; all these indicate the wide range of subjects including Pakistan’s plans to acquire Mi-35 gunship helicopters and other military equipment from Russia. There is only one thing missing between these loans, gunships, military pacts and energy projects.

Let us give education a chance to be the medium of enhancement of cooperation at the university level between Russia and Pakistan. The rich Russian culture, evergreen literature of Pushkin, Tolstoy and Dostoyevsky, glorious symbols of architecture, fine art in the Hermitage, the fabled white nights of Saint Petersburg and the inevitable monuments of victory in the great patriotic war at Red Square in Moscow, altogether make Russia a World in itself. Russian universities, under the gregarious approach of President Putin, are now in the process of exploring new horizons in educational domains where universities are endeavouring to develop the best educational environment for local as well as for international students. Catching time before the lock, Pakistani universities may also turn a little bit towards the East in developing mutually beneficial academic linkages with Russian universities for long-term development and educational growth.