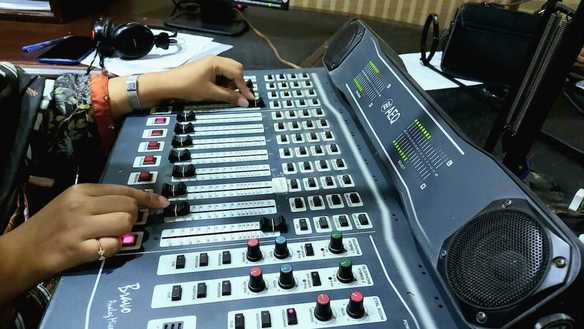 According to a press statement issued here on Friday, PBC Headquarters Islamabad issued notification of her promotion to the post of controller BPS-20 in this regard. Syeda Iffat Jabbar joined Radio Pakistan Peshawar as a Program Producer.

She has done her matriculation from Peshawar, while graduation from Jinnah College for women and Master from Peshawar University. She is the first woman Station Director and Controller Program of Radio Pakistan Peshawar in history of Khyber Pakhtunkhwa.

Syeda Iffat Jabbar is the daughter of famous broadcaster Syed Abdul Jabbar (Late). She has a vast experience in all formats of broadcast production and has earned a name by creating thousands of special programmes, dramas of other literary events successfully.

She also worked a lot for women empowerment in Khyber Pakhtunkhwa and achieved PBC National Excellence Award in this regard. During the recent floods and rains, she introduced mobile units to help the flood victims and imparted massive awareness to the public for the help of flood-affected people.

After assuming charge of Station Director, all the staff members of various sections of society including social, literary related people congratulated her and hoped that she will continue its work for the quality production and welfare of employees with same spirit and devotion.

She expressed her commitment to prepare quality programmes according to the wishes of the listeners. Speaking on the occasion, Station Director Radio Pakistan Peshawar Syeda Iffat Jabbar expressed determination of continuous hard work for improvement of Broadcasting House Peshawar during her service tenure.

It may be recalled that before partition in 1935, the All India Radio Peshawar Station started its transmission and its first station director was Aslam Khattak, who also served as Governor (erstwhile NWFP) Khyber Pakhtunkhwa.