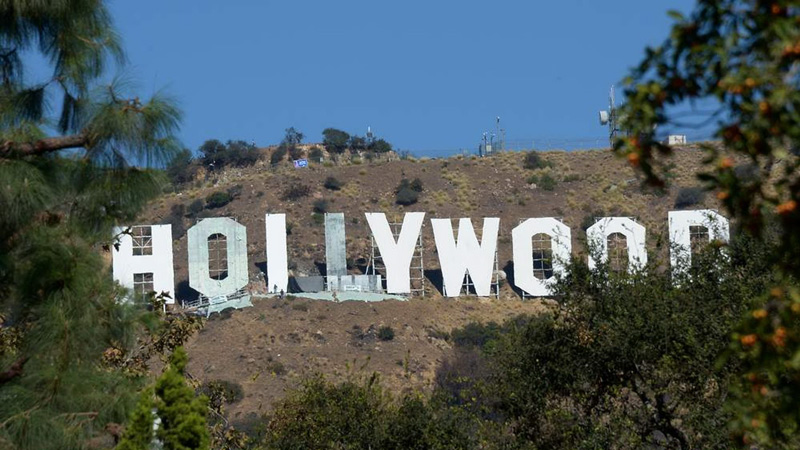 The landmark Hollywood sign is the latest in Los Angeles to receive a facelift in preparation for its 100th birthday next year. The makeover, which began Monday, is expected to take approximately eight weeks and will include a cleaning and new paint job. “The Sign is the pride of Los Angeles and we are excited for fans all around the world to see this makeover for a very special 100th anniversary,” Jeff Zarrinnam, chairman of the Hollywood Sign Trust, said in a press release. The sign, which stands at 45 feet and stretches 400 feet across, will require about 250 gallons of paints and primer. The project will end with a special weather-resistant finish selected and provided by Sherwin-Williams, a U.S. paint company headquartered in Ohio that participated in the makeover in 2012 ahead of its 90th birthday, according to the release. The historic landmark has been the site of arson, one death, and vandalism since its erection in 1923. The sign, which initially said “Hollywoodland,” was only expected to last 18 months and was created as a form of advertisement for a high-end real estate development.