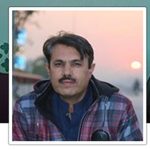 The Pakistani state, especially the civilian part, must have crafted laws and procedures regarding terrorism and related issues, such as abduction, detention and execution. It must have chalked out policies to deal with the threats posed by non-state actors. Instead of implementing the laws, the state resorted to a covert policy at the whims of […]

Last month I happened to attend an event on the Sustainable Development Goals for 2030 in Bangkok, Thailand. Among the 17 goals and multiple targets with drawn indicators the main focus of the event was on the 4th goal: ensuring inclusive and equitable education and promote lifelong learning opportunities for all. While the event proceeded […]

The dominant discourse among the majority of Pakistanis is now overwhelmingly religious while the true practice of religion has long since faded away. Political Islam has generated this discourse, often wrapped in ignorance, while ‘modernity’ has given birth to an extreme form of avarice among common Muslims. One can hear Islamic lectures from fellow Muslims […]

As per media reports, the cabinet division has issued a letter to federal departments directing them to use Urdu in their public and official correspondence. The directive also states that the president, prime minister and his cabinet ministers have to make speeches in Urdu in Pakistan and abroad. The media also reported this move as […]

The Peshawar tragedy on December 16, 2014, the date when Pakistan lost its majority wing back in 1971, must be enough to unite the Pakistani nation against the menace of religion-based terrorism, which has so far killed more than 50,000 people. A timely response by the political parties, government and the military came in the […]

Whether the curriculum needs to be in line with the cognitive needs and interests of children or whether it should be based on geopolitical and ideological wrangling is a question not without merit in Pakistan. Having an immensely polarised society, popular discourse never allows any consideration of the country’s religious, cultural and linguistic diversity. Education […]

Imran Khan, with his thousands of restless followers, is in Islamabad for the long march in order to topple the Nawaz government. In another corner stands the fiery Pakistani-Canadian cleric Dr Tahirul Qadri with his zealot disciples for a ‘revolution’. While both parties have virtually besieged the inhabitants of the twin cities, the ‘vibrant’ electronic […]

The nominating of a four-member committee, including a couple of renowned journalists (Irfan Siddiqui and Rahimullah Yousafzai), a former official of Pakistan’s powerful spy agency, Major (retd) Amir and a former ambassador from the tribal areas, Rustam Shah Mohmand, by the prime minister (PM), is now much debated. Apparently the dialogue committee nominated by the […]

If my memory does not fail me, I still remember that Mian Mohammad Nawaz Sharif made a promise to the people of Swat and Malakand division before he was elected the prime minister of Pakistan. In his address to the notables and youth of Mingora in Swat on January 15, 2014, Mr Sharif shrewdly evaded […]