It should be further noted that even the hadith does not provide support for the death penalty to be applied to a non-Muslim who is guilty of blasphemy, nor is what might constitute such blasphemy even defined. One point about the historical sources of hadith becomes critical now. Massive hadith literature arose after the death […]

A fairly common demand of conservative Muslim political parties is that the death penalty be implemented as punishment for blasphemy in accordance with sharia or Islamic law. It is therefore worth looking at the textual sources that are used to justify this law. Interestingly, investigation reveals that there is no Quranic basis for any blasphemy […] 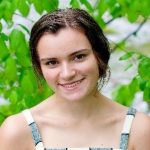