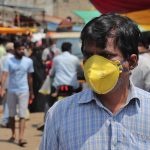 Despite ending its lockdown early and when Pakistan managed to flatten the Covid-19 curve, many international organizations and publications have expressed concerns over sharp increasing virus cases in India due to feeble strategy of Modi’s government. Acknowledging Pakistan’s strategy against Corona “Aljazeera” reported “Pakistan wins rare, fragile success against novel coronavirus. South Asian nation of […]

The assassination of Salmaan Taseer at the hands of a religious zealot threw open the debate over the media’s role in encouraging extremist tendencies amongst the people of Pakistan. The proposition that the media is fanning extremist propensities may be somewhat overstated but is, at the same time, not completely unfounded. During the last decade, […]