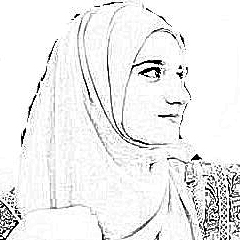 After nearly four decades of conflict, signs of peace in Afghanistan may be emerging. The seventh round of US-Taliban talks at Doha, followed by the intra-Afghan peace conference sponsored by Germany and Qatar in the first half of July offered some hope to that context. The two-day intra-Afghan dialogue, attended by more than 50 delegates […]

On October 20, 2018, the United States unilaterally declared its intention to withdraw from the Cold War-era Intermediate-Range Nuclear Forces Treaty (INF), signed between Russia and the US in 1987 to ban ground-launched nuclear and conventional ballistic and cruise missiles with ranges between 500 and 5,500 kilometers. Trump administration’s grounds for withdrawal were Moscow’s alleged […]

The US has always operated in ‘grey areas’ in Afghanistan. Today, the superpower remains rigid in its stance, rejecting regional or international peace initiatives that do not include it.At certain critical moments, American actions have even derailed the peace process in Afghanistan. Thus, one can’t help but wonder if the possible appointment of Zalmay Khalilzad […]