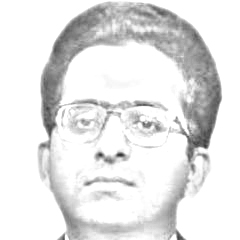 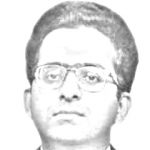 The Provincial Assembly of the Punjab recently passed the Domestic Workers Act 2019 for the regulation of wages and working conditions of domestic workers. Never before in the history of Pakistan was such a law passed for the enforcement of fundamental rights of domestic workers. Earlier, the honourable Lahore High Court gave a detailed verdict […]

On November 2017, honourable justice Syed Mansoor Ali Shah gave a landmark judgement to curb the deleterious effects of smog and directed the Punjab government to frame a smog policy within a three month period. The Punjab government was tasked with making every possible necessary step to disclose air quality index data to the public […]

America’s allies in Europe and Asia thought they had learned to digest and compensate for the instinctive unpredictability of President Trump. But the bitter resignation of Defense Secretary Jim Mattis and an abrupt announcement of plans to withdraw troops from Syria and Afghanistan are being viewed as watershed moments for Washington’s relations with the world. […]

In these turbulent times, Pakistan’s relationship with China provides an essential anchor for its security and foreign policy and the foundation for its socioeconomic development. China meets Pakistan’s defence requirements; it is building Pakistan’s infrastructure; it is a bulwark against aggression by India and bullying by the US. The trade tariffs Trump has imposed are […]

Trump has already ordered the reinstatement of sanctions on the purchase of Iran’s debt and taken steps to stop foreign companies from doing business in Iran. The European governments that spent almost two years negotiating the nuclear deal-France, Germany, Britain and the E.U. leadership-vowed to resist U.S. pressure for compliance and to protect the ability […]

Coal mine workers are the most affected labour class due to the exploitation of it’s employer. Recently Lahore high court gave a verdict in which a coal mine workers was awarded a meagre compensation of RS 100000. A coal mine worker, named Ghulam Muhammad was affected with a disease of pulmonary koch, an infectious lungs […]

China has been emerging as a superpower in the recent years. Already it is the second largest economy in the world and global powers like US are feeling its increasing clout in the international politics. The US presently is deploying every possible strategy to contain the influence of China’s cheaper goods and its impact on […]

Currently, the United States spends over $600 billion on defence. Their foreign policy is purely based on fulfilment of interests aligned with their military-industrial complex, laced with a realism perspective. Recently Canada severed its ties with Saudi Arabia due to human rights violations as a result of detention of human rights activist by the Saudi […]

Recently the London based weekly magazine, the Economist, initiated a debate and conducted an analysis on the theories propounded by different economists and philosophers as well as social reformers who were influential in the course of history. These social reformists and philosophers included John Stuart Mill, John Maynard Keynes, Rousseau, Nietzsche and many other eminent […]

The myriad of challenges faced by Imran Khan’s government has left us wondering about their future path. Certainly the government needs to adopt austerity measures when it comes to spending. The rising public debt, deterioration in the value of rupee, low tax to GDP ratio, decreasing foreign direct investment and downward trend of our exports […]