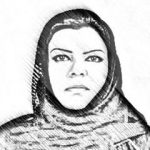 “The liberties of a people never were, nor ever will be, secure, when the transactions of their rulers may be concealed from them.” – Patrick Henry Amid much uproar and confusion, the Government announced the country’s first National Security Policy(NSP) in the last week of December 2021. The National Security Advisor called it “a truly […]

“As history’s pendulum swung. The desert wind calls. Marvi calls. A call the desert wind carries. Children: hear the desert wind, hear it whisper. Have faith. We will win.” – Benazir Bhutto Another year has gone by since the night we lost the “Daughter of the East.” Every year as the dark day of December […]

The “extraordinary session” of the 57-nation Organisation of Islamic Cooperation on Afghanistan recently concluded in Islamabad. The OIC Summit was of significance for Pakistan because it was hosting a meeting of the OIC foreign ministers on Afghanistan after 41 years. We must also commend the Kingdom of Saudi Arabia for proposing this summit on such […]

16th December 2021 will mark seven years since the dreadful attack on the Army Public School, Peshawar, which resulted in the death of more than 140 children. In the wake of the deadly attack, policies and action plans were announced, the most important of them being the National Action Plan (NAP). However, progress on the […]