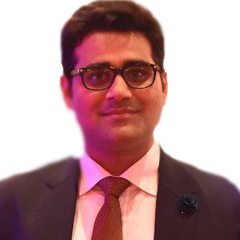 After Access After Access is a catalyst for positive change – A comprehensive body of research that includes nationally representative, demand side data comparable across more than 18 countries in Asia, Latin America, and Africa. Digital Inequality between the Urban and Rural Sectors After Access conducted a number of surveys to study the accessibility and […] 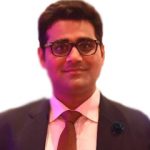 Holy men (and sometimes women) through their decisively large pockets of disciples, largely controlling and commanding the day to day discourse and narrative building in poverty-stricken South Asia. As time goes by, ecclesiastic’s intervention has become ubiquitous in every segment and most dangerously the power to control the narrative than any other institute enjoys. Over […]

In recent the bypolls, the tide seemingly is sweeping against the ruling party, Pakistan Tehreek-e-Insaf (PTI). Although much anticipated, the results are the latest storm to torpedo the political confidence of PTI to advance its political agenda. Many wonder, what happened in the short few weeks that the most ardent political supporters turned against. The […]

The father of the Western system of logic and philosophy, Socrates, once said, “No man undertakes a trade he has not learned, even the meanest, yet everyone thinks himself sufficiently qualified for the hardest of all trade, that of government.” This Socratic analogy describes the very prevalent phenomenon existent in Pakistan’s political arena, in which […]

The 2018 general elections occurred in a context rife with uncertainty and unpredictability. Despite a series of disturbing political developments, widespread self-censorship of media, the deteriorating security situation further exacerbated with the bombing in Quetta; all eventually fell short in disrupting the democratic exercise of voting in Pakistan. While national and international spectators were talking […] 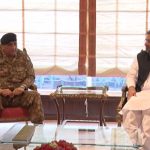 Arrangement of the situation room was following the President of US, George Bush, the newly elected US Secretary of State, Condoleezza Rice along with the bunch of constitutional lawyers around the table engaged in an intense discussion about the calamity of Katrina in 2005 which caused the great deal of damage to the United States […] 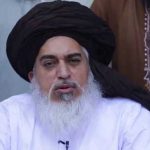 The entire nation seems to be divided and engaged in the war of words over the return of youngest Nobel laureate, Malala Yousafzai. Malala had returned after six long years after she escaped the Taliban reign in her hometown, Swat. There are two factions: The first one, mostly liberal, celebrated Malala’s homecoming. The second one […] 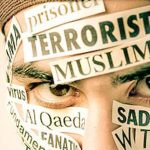 There is no end in sight to the far-right politics tainted with Nazism and Fascism, and the rising propensity of Christian radicalism against Muslims in the West. Another attempt of fractious Western racism under the aegis of a fresh anti-Muslim systemic campaign emerged through the unveiling of flyers across Britain with ‘punish a Muslim day’ […]

Ever since partition and during the past few decades in particular, the lawless Federally Administered Tribal Areas have been a source of considerable perplexity and uncertainty for Pakistan. The British policy in the tribal areas used a prejudiced and authoritarian administrative system that treated the tribesmen like wild animals who could only be tamed through […] 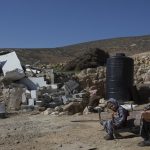 The Palestine-Israel conflict came about as a product of another defective Imperial British strategy. As American academic and author Stanley Wolpert allegorise it, Britian’s ‘shameful flight’ has sown the seed of perpetual misfortune, continued conflict, and the legacy of half a century of hatred and obstruction of peace for generations to come. Most recently, Trump’s […]