The writer is an economist, environmentalist, feminist, an animal rights activist and a poet. 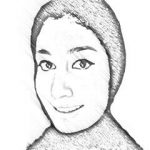 A few days ago, Bollywood actress Priyanka Chopra came under fire for her insensitive response to a rather genuine question. In an event held in Los Angeles, a Pakistani woman, Ayesha Malik, questioned Priyanaka about a tweet she posted when Indian aircrafts entered Pakistan’s territory, which led to even higher tensions between the two nuclear […]

It was a cold January morning. I was walking towards the campus fondly looking at the two cats crossing the road inside the university premises. In the blink of an eye, a fast-approaching car hit one of the cats; slowed down for a moment and then resumed onwards. I stood shocked watching the blood spluttering […] 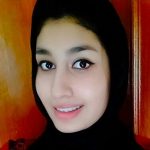 Imran khan, the man behind big promises delivered in his firmly determined voice, won the hearts of millions of Pakistanis with his resolve to build the “NAYA PAKISTAN”. Coupled with his vows to stand beside his ‘ghareeb awam’ and return their rights, denied them by corrupt politicians, earned him loud cheers when he assumed power […]