Hypocrisy at its best

A few days ago, Bollywood actress Priyanka Chopra came under fire for her insensitive response to a rather genuine question. In an event held in Los Angeles, a Pakistani woman, Ayesha Malik, questioned Priyanaka about a tweet she posted when Indian aircrafts entered Pakistan’s territory, which led to even higher tensions between the two nuclear powers. In that tweet, Priyanka supported the Indian armed forces thus ultimately supporting nuclear war. 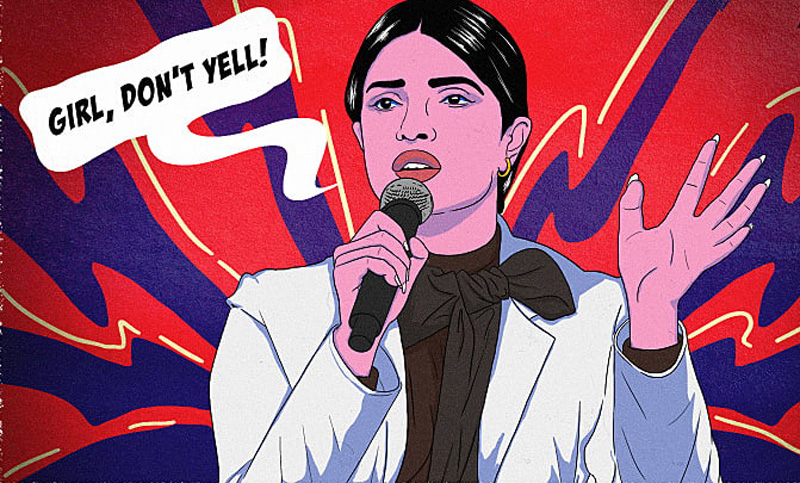 Ayesha said that Priyanka appeared to be a hypocrite for supporting nuclear war while serving as a UNICEF goodwill ambassador for peace. Ayesha wasn’t allowed to finish her question before her mic was snatched from her. But she still finished it by raising her voice in order to be heard. What was even more pathetic was Priyanka’s reply in which she said, “Are you done venting? Don’t yell girl!”

Well, Ayesha wasn’t venting; she was merely stating facts, and she wouldn’t have raised her voice if her mic had not been rudely snatched from her.

In her defence, Priyanka went on to say that she wasn’t very fond of war, but that she was a patriot. Well, let me remind Priyanka that as a goodwill ambassador for peace she need not be fond of war; rather, she must be against it. Period. And as for her so-called patriotism, no sane patriot would ever promote war between two nuclear states, as it is not war but suicide. And if she still wants to support her jingoism, she should become a state ambassador not a goodwill peace ambassador.

Priyanka’s petty excuses aside, the way she humiliated Ayesha was very disturbing. Ayesha merely spoke up for human rights by questioning the legitimacy of Priyanka’s peace ambassador title. One is bound to take criticism while holding such an esteemed title. Priyanka instead took refuge in humiliating Ayesha saying, “Don’t embarrass yourself.” At the end of the day, it wasn’t Ayesha Malik but Priyanka Chopra who thoroughly embarrassed herself.

Another example of such hypocrisy is the Hollywood superstar Leonardo DiCaprio. DiCaprio is UN’s representative on climate change, and he claims to be an ardent environmentalist. Yet his excessive use of private jets and yachts is no big concern to him. It is absurd to see politicians, businessmen and celebrities arriving at environmental summits in their private jets. They vehemently preach about saving the planet, but wouldn’t give a second thought to their excessive carbon footprints.

The young environmental activist Greta Thunberg is currently sailing to New York for an environment campaign on a ‘zero carbon yacht’. We need to realise that its people like Greta who deserve to be goodwill ambassadors, people who not only speak up for such causes but also act upon them, people for whom these titles mean something other than an additional accolade on their resumes.

Sadly, we don’t realise that titles such as ‘goodwill ambassadors’ carry a great responsibility. And as long as we keep appointing irresponsible and wrong people for such jobs we will remain hopeless. The world is full of people who truly deserve such positions. Its time we appointed the right people for the right job.