The writer is a Research Fellow at Harvard University, she can be contacted at sorakzai@fas.harvard.edu

On August 26, 2016, the FATA reforms committee completed its deliberations on reforms in the Federally Administered Tribal Areas (FATA), which were presented to Prime Minister (PM) Nawaz Sharif in November 2016. Between December 2016 and May 2018, the people of FATA waited for implementation of these reforms. Yet, these reforms were unnecessarily delayed, making […]

What is it that has driven Pakhtuns out of their ancestral homelands in the country’s North-West, to engage in a non-violent human rights movement? Is it conflict fatigue? Extremism? Terrorism? Or a desire to be recognised as equal citizens of the state? The Pakhtun Tahaffuz Movement (PTM) is a manifestation of the trauma and sorrow […]

After his death in 1960, the Times of London described Faqir of Ipi from the frontier tribal areas as a ‘doughty and honourable opponent’. Honour and Dignity are central to Pashtun identity and culture. The Pashtun youth movement that surfaced as a result of multiple demand to end conflict in the Pashtun areas of Pakistan […] 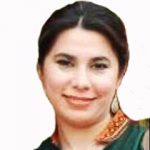 The geographical conundrum of the Federally Administered Tribal Areas’ (FATA) role as the backdoor of Pakistan packs the emotional punch of ‘Illaqa-e-ghair’, meaning no-go area. Yet, this area is one of the world’s most complex regions; used three times in history to serve divergent interests. Firstly, Pakistan’s strategic interests since 1947; secondly, for Afghan Jihad […]