The writer is former faculty member University of Peshawar and he can be contacted at ijazk@hotmail.com 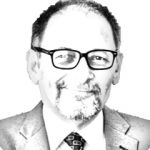 Long ago, the late Prof RM Naib used to say “Diplomacy is like sword fencing. You must be able to move around, left right, forward and backward. The time you are cornered and are unable to manoeuvre, you have lost it”. Looking at Pakistan’s diplomacy, it seems, it is working hard to avoid being cornered […]

The Saudi-Qatar row is the first big step in a process that had started much earlier and will continue with added speed till the political map of the larger Middle East changes fundamentally. The larger Middle East includes countries like Pakistan, Afghanistan, Turkey, Iran and Central Asian states. Saudi Arabia has long been pursuing the […]

After historic and internationally noted elections, controversies, apprehensions and compromises, Ashraf Ghani, the workaholic Ivy League professor, is in charge of affairs in Afghanistan as its president. His predecessor, Hamid Karzai, after remaining controversial on many counts as president, left office with dignity and respect. The transfer of power that appeared very tumultuous then looks […]

The Islamic State of Iraq and Syria (ISIS) claims to be a Muslim khilafat, occupying the states of Syria and Iraq as a first step, to be followed by the occupation of the Levant (Jordan, Israel, Palestine, Lebanon, Cyprus and Turkey), finally encompassing the whole of the Muslim world. ISIS is the latest stage in […]

The best way to learn and to teach is by example and experience. Arguments and explanations never have the impact that real experience can have. When raising children, the best way to teach them to stay away from fire is not by telling them so, or telling them that burning hurts. Children learn quicker if […]

The implementation of the 18th Amendment has generated a debate in academic and other interested circles, political as well as non-political, due to its far reaching implications for higher education. This piece attempts to explain the implications, apprehensions and the possible policy responses. The 18th Amendment abolishes the concurrent list, thus devolving a number of […]