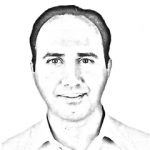 This neither is about the cold blooded killing of a family in Sahiwal, nor about the forced-disappearance of fellow-citizens by state-authorities. Neither am I writing to favour freedom of speech that has long disappeared in the state of ‘Naya Pakistan’, nor is it about the justice system that died in the courtyard of ‘doctrine of […]

The plight of Rohingya Muslims,who are fleeing Myanmar, was thrust into the spotlight last month after thousands of migrants were left stranded at sea with little food and water. Long denied citizenship by the government of Myanmar, shocking images have emerged in recent weeks of hundreds of Rohingya migrants drifting at sea in fishing boats […]

The issue of the state’s security concerns all individuals and hence it becomes a joint responsibility of both the state and citizens. While the state keeps its machinery well oiled with periodic reviews and upgrades, the capacity building of the common man remains a matter of neglect. It is only once the protectors of the […]

The murder of 23 Frontier Corps (FC) soldiers on Sunday night, who were kidnapped from Mohmand Agency in 2010, is another shocking episode for our security personnel. The action was, by any definition, barbaric, unethical and against Islamic teachings and Pakhtun norms. People in general condemned the act but there was no sustained uproar from […]