It had raised itself from the abyss it had fallen into with the loss of its Eastern wing, and had for the first time in its history succeeded in drafting a constitution that was secular in essence, though Islam was to be the state religion. It guaranteed freedom of expression and profession of religion in […]

The US is a powerful nation, and despite its multi-ethnic and multi-religion inhabitants, over time it has evolved into a country with a sufficiently cohesive populace that drives the Union with positivity. Yes, the1990s saw the events of Ruby Ridge (1992), Waco (1993), Oklahoma City (1995), and Fort Davis, Texas (1997), and recently too, there […]

The recognised government of Syria has been under attack by militants mostly belonging to terrorist outfits guising themselves as Islamists. Their actions have caused hundreds of thousands of Christians, Alawite Druze and other vulnerable communities to become internally displaced in their own homeland and yet we found both secular Turkey and the tribal kingdom of […]

In a society strangled by fear, the reasonable are mostly afraid. The situation in Pakistan is no different. People who have knowledge and who should essentially be not just unbiased but vocal in protecting the rights of the vulnerable remain mostly silent. If ever they speak they do so in meek voices and never themselves […]

The war for Syria has a hidden dimension. The extremists make it appear as if the fight is for Syria but the strategic goal is Turkey. Unfortunately, the west in its zeal to ultimately take away from Russia its only naval base outside of the former Soviet Union on the Mediterranean at Tartus (Syria) is […]

The war for Syria has a hidden dimension. The extremists make it appear as if the fight is for Syria but the strategic goal is Turkey. Unfortunately, the west in its zeal to ultimately take away from Russia its only naval base outside of the former Soviet Union on the Mediterranean at Tartus (Syria) is […]

While there is a dire need of an effective witness protection programme in Pakistan, the issue has not been dealt with with the seriousness it deserves. The government has at best given lip service to this important issue. Thus, it remains a cause of serious concern for the common man who continues to face the […]

Dr Tahirul Qadri has landed from abroad to lead the ‘Pakistan Revolution’. His so-called long march has now become a sit-in. He himself is staying in the luxury of a bulletproof, centrally heated cabin, specially made for him, while his supporters are also ensured of food and security. They have no comparison to the tens […]

ISAF and the United States being occupiers will ultimately leave Afghanistan, the currently declared year of withdrawal being 2014. The US does not have a big appetite for loss, especially if it involves its own men; it would therefore leave as soon as it ensures that a future Afghanistan will not be a problem for […]

Both India and Pakistan share a history of turbulent relations mired in deep mistrust and enmity fuelled by the events of the past, over which the current generation has no control. Having fought four wars, the relationship never took the course that one between neighbours should take. This relationship has at best been that of […] 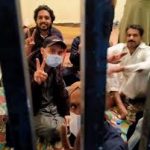