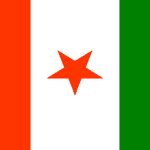 Quetta: After losing provincial government in Balochistan thanks to a power maneuver featuring 14 defections from the party, Pakistan Muslim League-Nawaz (PML-N) may end up striving to secure just one seat out of the 11 from the province on which election will take place on March 3. Though talks have been underway between PML-N and […] 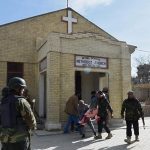 Quetta: This year, Madeeha Gill had bought five new dresses for Christmas celebrations. She wore one of those dresses to the prayer service at the Bethel Memorial Methodist Church on December 17. “She returned home draped in a coffin,” her father Barkat Gil says, with tears in his eyes. He recalls that he had dropped […] 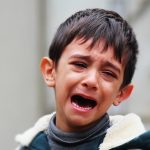 War trauma and academic failures have a strong connection as most children who have experienced traumatic events face difficulties in learning. Quetta has lived through a violent conflict over the past decade that has seen thousands killed. The psychological trauma of war has had a strong impact on children’s minds and severely affected their academic […]

QUETTA: In a province where 70 percent of population does not have access to healthcare due to deficient health facilities, 40 per cent of patients treated in Quetta’s hospitals are from Afghanistan, say health experts in Balochistan. “Three decades of conflict have weakened the health system in Afghanistan,” says Dr Hafeez Mandokhel, President of the […]

QUETTA: In the wake of bombing in Quetta this month that left 65 lawyers dead, authorities in the province of Balochistan are mulling sending students and young lawyers abroad for study and training to help a crippled justice system recover from the loss. Advisor to the Chief Minister on Law, Information, & Parliamentary Affairs, Sardar […]

QUETTA: As the years old dispute over water sharing between provinces threatens to grow worse with farmers protesting shortage of water across Balochistan, authorities in the province are taking up the matter with Council of Common Interests (CCI), the constitutional body mandated to resolve problems of power sharing between the provinces and the federation.   […]

QUETTA: In Balochistan, Afghan refugees are impeding a long-delayed provincial census, say provincial ruling parties. Pakistan’s decision to repatriate Afghan refugees is at the heart of increasingly sour relations with neighbouring Afghanistan. Islamabad says refugee settlements are havens for terrorists. In Balochistan the departure of refugees could determine the balance of power between […]

Sir: One after the other scandals have become a routine thing in Pakistan. It seems as if controversies have entrapped the country in their fist. Such a development is not good for the reputation and survival of the nation. The entire country is swept in the wave of gossip, speculation and suspense. The latest incident […]

Sir: A woman working in my house told me a couple of days ago that she was going to a hospital to see her daughter. She had Rs10, 000 on her, which she had collected from different people. Unfortunately, two men on a motorcycle snatched money from her, but she could not register her […]