Standing in line at a Starbucks in downtown Shenzhen, I suddenly realize that no one in front of me is paying with cash. They aren’t paying by credit card either. In fact, I can’t see a single customer holding a wallet or a purse. Instead, they just hold their mobile phones over a reader and […]

China’s official GDP figures are widely thought to be inaccurate. But while most economists believe numbers are being manipulated to display exaggerated growth, a Swedish bank says China actually is experiencing an unanticipated upswing that official numbers don’t show. Svenska Handelsbanken, one of Sweden’s largest banks, has launched a new alternative index to measure the […] 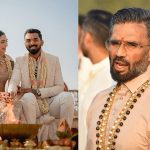