The writer is the author of What’s wrong with Pakistan? 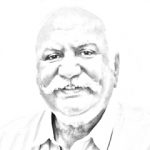 For once, President Trump’s twitter happy fingers sent a message about the Afghan Taliban talks which may be considered as positive although there are many who have criticised him for it. By cancelling to go ahead with the Camp David meeting to announce the accord with the Afghan Taliban, Trump took a bold stand. It […]

Debundling of Kashmir into three regions by putting Ladakh and Jammu as union territories by Prime Minister Modi is perhaps the first step to solving the Kashmir problem and by implication accepting the Two-Nation Theory and abandoning the secular India façade, which has been done in the name of making India a Hindutva country. This […]

We have been on the IMF path 22 times and every time, the country’s economic managers were stoned by the critics of the IMF programme’sconditionalities. This time, IMF has made it clear that the staff-level agreement of $6 billion is subject to “timely implementation of prior actionsand confirmation of international partners’ financial commitments.” That means […]

In Pakistan, the state of press freedom can be gauged from Hamid Mir’s question to the ISPR director-general that media should be allowed to interview the PTM and seek answers from them about the allegations levelled against them by the milt-establishment. Hamid Mir was not allowed to interview PTM leaders. It can also be ascertained […]

GDP at current market prices for 2017-18 on State Bank of Pakistan’s website Rs34,396,491 in million. Many a time, people become a victim of their own propaganda. Mr Khan’s financial team also got carried away and believed that an honest Prime Minister has decided to go at war with corruption and bring back the $200 […]

The two major political parties which are now in the opposition and had ruled successively one after the other must be repenting their costly omission not to amend the NAB Ordinance. Perhaps this omission was deliberate because the leadership of PPP and PML-N wanted to keep the present all-powerful NAB law handy to use against […]

World Bank’s report, ‘Pakistan@100: Shaping the Future’, has painted a grim picture about where Pakistan would be when it completes a century, if it doesn’t mend its ways. Which is a more likely scenario. The key reform suggested by this report is to control the population growth rate which is the highest in the region […]

Scores of books have been written on Pakistan underlining the instable nature of this state. Political analysts predicted in the early 1950s that the country would break as East and West Pakistan would not be able to live together. The prediction was proven right within 24 years. Tracing the roots of dictatorship in Pakistan, Hasan […]

Generally speaking, the latest book Muslim Zion — Pakistan as a Political Idea by Faisal Devji, a historian at Oxford University, published by Hurst and Company, is a valuable addition to the raging ideological debate between the champions of political and militant Islamism and the democratic forces. Recent discourse on the issue of whether Hakeemullah […]