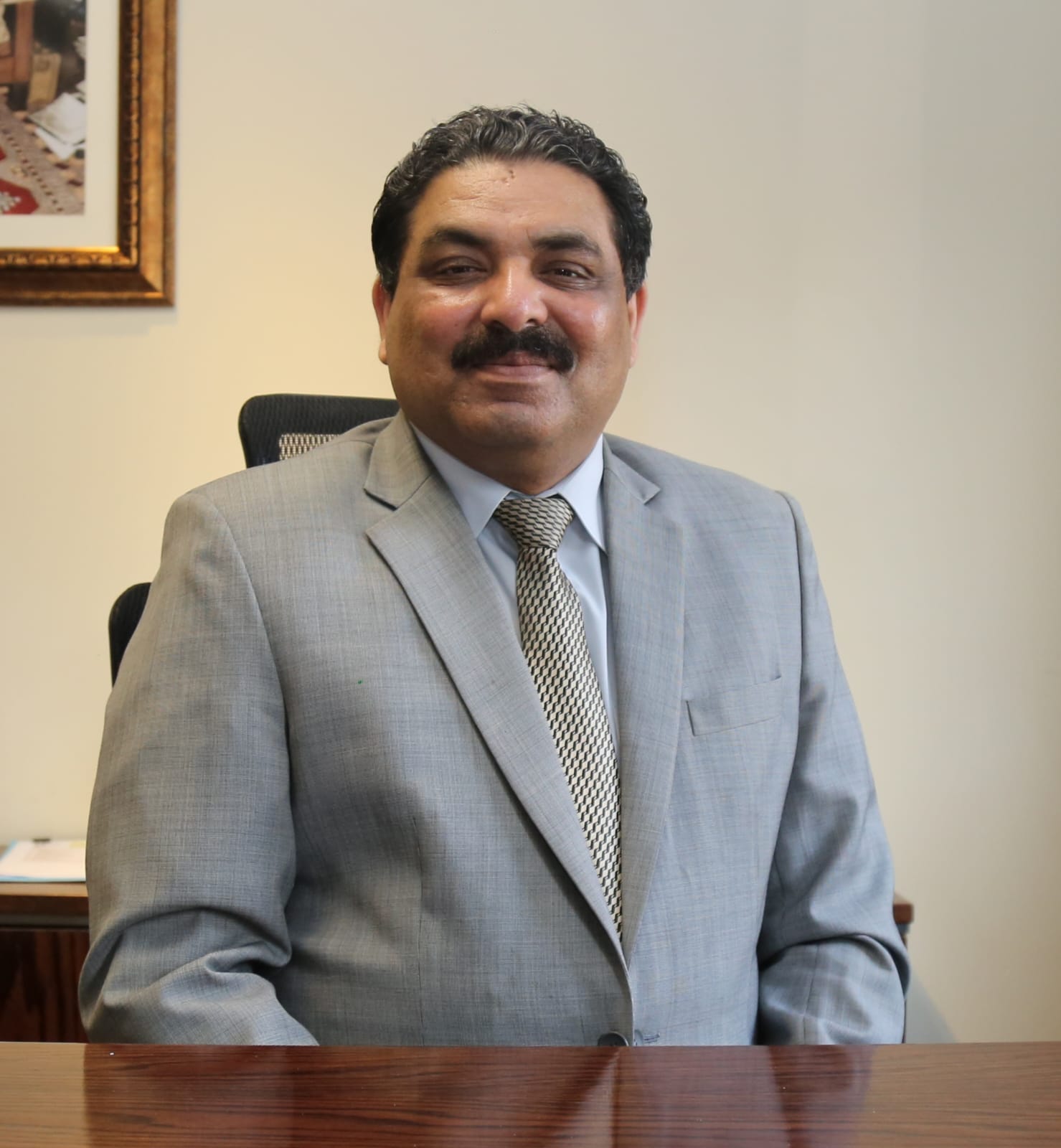 Brig Ashfaq Hassan got commission in Pak Army in 1987 in Punjab Regiment. During the service, he remained on various staff, instructional and command assignments to include instructor at Army Air Defence School, Brigade Major of an Infantry Brigade, General Staff Officer Operations in an Important Corps Headquarters and Colonel General Staff in Headquarters Central Command as a pioneer staff officer. He commanded A Punjab Regiment in volatile environments and conducted successful operations against terrorists, for which he was awarded Chief of Army Staff Commendation Card. He also commanded another Punjab Regiment and an Infantry Brigade at independent Station. He is graduate of Command and Staff College Quetta, National Defence University Pakistan and National Defence University China. He acquired Masters Degree in Defence and Strategic Studies from NDU Islamabad and MS War and Military science from NDU China. He has represented Pakistan Army in many delegations abroad and has also lead a military delegation to Australia. He also writes on different issues. His articles have been published in NDU Journal Beijing, Pakistan Army Green Book and other magazines. He contributed a lot in smoking out the insurgency in Balochistan in 2005 / 2006 and also contributed at Army level for crystalizing and maturing new operational thoughts. For contact please email at Brig.AshfaqHassan@dailytimes.com.pk or follow at Twitter id: @BrigAshfaqHasan

Russia and Ukraine on Thursday announced they had exchanged 107 servicemen each in the latest prisoner swap. “Today we are returning 107 of our fighters from Ukrainian dungeons,” pro-Moscow leader Denis Pushilin said on Telegram, adding that 65 of those were from eastern Ukraine’s separatist territories. “We will give back the same amount of prisoners […]

The Ukrainian president’s office said on Friday 88 towns and villages had been recaptured in the southern Kherson region, where Ukrainian forces have been advancing in recent weeks. “Kherson region: 88 settlements de-occupied,” Kyrylo Tymoshenko, deputy head of the president’s office, said on social media. Last week, Kyiv said 75 towns and villages had been […]

The experts at a seminar on Monday said the reduction in rising population in the world in general and Pakistan in particular would ensure cuts in carbon emissions which would be permanent and achieved through positive actions improving human lives. The Sustainable Development of Policy Institute (SDPI) organised a seminar titled “Rapid Population Growth and […]

Pakistan Railways was expanding the scope of China Pakistan Economic Corridor (CPEC) to explore the “Gateway of Prosperity” for both countries and the region at large through the advancement of the Railways sector. The department considered CPEC as a long-term development project as it has the potential to serve as a corridor with multiple doors […]