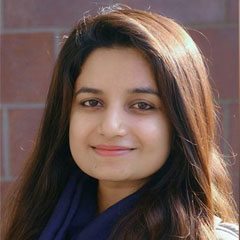 The writer is a PhD scholar at University of Bremen, Germany

Behavioral science has proved to be an effective tool to tackle socio-economic issues and this pandemic has posed a threat not just to health of individuals but also to social and economic machinery at global level. However, the use of behavioral science needs a close observation of the society that we are going to target. […] 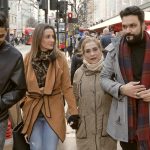 The multitalented icon Yasir Akhtar makes his astounding presence felt on our screens in the last week of May, 2020. The filmmaker, singer, actor, director an producer released Azaad which debuted on our TV screens, becoming the first major film to be released on the ‘new’ platform. Not only did it break the jinx of […]

According to recent reports of State bank of Pakistan (SBP), Pakistan’s economic crisis does not seem to subside anytime soon even though it has jumped 28 positions on World Bank’s Ease of Doing Business (EoDB) ranking. Pakistan jumped from 136th rank to 108th rank while our neighbours, including China and India, also showed improvements in […]

The PTI government presented the budget for 2019 on June 11 targeting economic growth of 2.4 per cent with forecasted inflation of nine to 13 per cent on one hand and a tax revenue increase of 35 per cent on the other. This would decrease the purchasing power of the common man. The budget faced […]

Pakistan and IMF reached an agreement for a deal to provide Pakistan with USD 6 billion over the period of next 3 years.A bailout package with IMF is not something new. In fact, Pakistan has gone to IMF twelve times in the past; then, what is all the hype this time around? The answer is […]

It is unfortunate that when other countries are taking steps to cope with global warming, Pakistan is dwelling on provision of the necessities of life such as food, shelter, health and education. But it would be foolish to use the developing state of our economy as an excuse to turn a blind eye to environmental […]

In a short period of six months, the PTI government has presented another supplementary budget to promote export and investments in the country as stated by the Finance Minister (FM) in his speech on January 23, 2019. Both financial bills disappointed those who were waiting for significant structural reforms that are essential to bring the […] 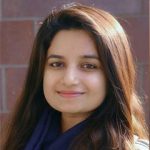 Pakistan has decided to go to International Monetary Fund (IMF) for the thirteenth time to ask for financial assistance to run its day to day business. Like many other countries, Pakistan is fighting circular debt and it has taken 12 bailouts since 1980, the last one being in 2013, when IMF provided Pakistan with $6.6 […] 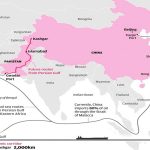 Since the 1963 Sino-Pakistan agreement which settled the boundary shared by the two countries, Pakistan and China have been close strategic partners. Both countries entered the 21st century intending to become all-weather economic partners through a series of trade agreements and Memorandums of Understanding (MoU). This plan took an interesting turn in 2015 when relations […]

It has been almost three years since its announcement, but we are still waiting for the detailed plan on China-Pakistan Economic Corridor (CPEC). Both parties have made several revelations over time, but there are still many ambiguities that need to be cleared out. The Ministry of Planning, Development and Reform released along-term plan of CPEC […]