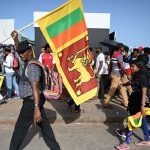 Colombo: Sri Lanka declared a state of emergency Wednesday as thousands of people mobbed the prime minister’s office after the country’s president flew to the Maldives, following months of widespread protests against an economic crisis. President Gotabaya Rajapaksa had promised at the weekend to resign on Wednesday and clear the way for a “peaceful transition […] 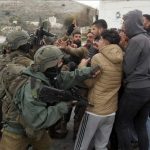 Jenin: Three Palestinians were killed on Friday morning and eight others wounded in an operation by Israeli forces in Jenin in the occupied West Bank, Palestinian news agency Wafa reported. The three men were killed when Israeli forces, who have increased their operations in the area in recent months, opened fire on the vehicle in […]

Paris: UN chief Antonio Guterres on Wednesday outlined what amounts to a global Marshall Plan for ushering in a world powered by renewable energy rather than coal, gas and oil. To avoid catastrophic climate change, humanity must “end fossil fuel pollution and accelerate the renewable energy transition, before we incinerate our only home,” he said […] 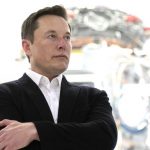 New York: Twitter announced Tuesday that Elon Musk will join its board, boosting hopes the Tesla boss will lift the social media company’s prospects as some observers expressed wariness of the billionaire’s influence. Shares rose for a second day on news of Musk’s board appointment after surging on Monday’s disclosure of the outspoken entrepreneur’s large […] 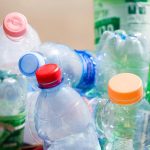 Paris: Plastic production and pollution show no signs of letting up, even though solutions that could mitigate the material’s harmful environmental impact are emerging. Here are the key issues, ahead of a UN conference in Nairobi next week that has its sights on a future treaty to curb plastic waste: – How much plastic […] 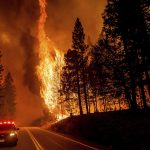 Paris: The number of major wildfires worldwide will rise sharply in coming decades due to global warming, and governments are ill-prepared for the death and destruction such mega-blazes trail in their wake, the UN warned Wednesday. Even the most ambitious efforts to curb greenhouse gas emissions will not prevent a dramatic surge in the frequency […] 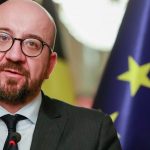 Strasbourg, France: The head of the European Council, Charles Michel, on Wednesday urged Russia to take “concrete” steps to ease tensions around Ukraine, as Moscow said it was pulling back more forces from the border. “Russia has signaled that it may be open to diplomacy and we urge Russia to take concrete and tangible steps […]

Beijing: Egypt’s President Abdel Fattah al-Sisi and Saudi Arabia’s Crown Prince Mohammed bin Salman are among over 20 foreign dignitaries who will attend next week’s Winter Olympics in Beijing, Chinese state media said Friday. The dignitaries will be present for the February 4 opening ceremony, a welcome banquet and talks with Chinese President Xi Jinping, […]

Panama City: Thirty-two Panamanians will be prosecuted for alleged involvement in graft revealed by the so-called Panama Papers in 2016, the country’s justice department said Tuesday. The 32 defendants will be prosecuted for “the alleged commission of the crime against the economic order, in the form of money laundering, in the case known as ‘Panama […] 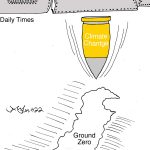