The writer is Researcher in Islamabad Policy Research Institute (IPRI)

The term “Indo-Pacific” was initially employed by Australia. The Australian White Paper titled: “Australia in the Asian Century” (published in October 2012) envisioned the Western Pacific Ocean and the Indian Pacific Ocean as “one strategic arc”. As per the definition, the term ‘Indo-Pacific’ is an advance construct to describe Asia Pacific. The term projects the […]

Three Kashmiris were martyred by Indian troops in Kulgram district of occupied Jammu and Kashmir. The incident on 17 July 2020 is one of the recent acts of atrocities by Indian troops in valley. The Kashmiris fight for freedom is generations old now. Kashmiris of all ages, including youth, children, women and old people have […]

The WHO officially pronounced COVID-19 virus as a pandemic on 11 March 2020. The pandemic has infected nearly four million people, with the death toll reaching 2,79000. The virus has affected living globally while people are adjusting to a new way of life. People are working from home, university professors are taking online classes and […]

The Muslim leadership at the time of Partition tried to convince the Muslims that their survival lies in education and unity. The idea behind the making of Pakistan was to empower the Muslim nation with opportunities to study and progress. How correct was the vision? Are the Muslims in India struggling and are being suppressed […]

President Recep Tayyip Erdogan visit toIslamabad at a time when the region faces the challenge of peace and stability amidst the abrogation of Article 370 and 35-A shows Turkey’s interest towards regional peace. President Erdogan address to the Parliament and support to people of occupied Jammu and Kashmir signifies the importance of a peaceful solution […]

South Asia as a region has been struggling against poverty and transnational challenges. The trend that is gradually coming up is seaports and regional connectivity through economic corridors. The economic engagement and regional connectivity may appear new to the least integrated region wherein the political environment has been defined in the context of confrontational politics. […]

The Indian government’s decision to allow citizenship to people living in neighbouring countries has instigated anger in public. Protestors have expressed their opposition to Citizenship Amendment Bill (CAB). The bill authorises citizenship to Buddhists, Christians, Hindus, Jains, Parsis and Sikhs from neighbouring countries–Pakistan, Bangladesh and Afghanistan. The Citizenship Amendment Bill was initially introduced in July […]

“Gurcharan Singh, a 75 years old was happy to visit the Sikh temple in the Pakistani village of Kartarpur. “Pakistan and India have a “protocol on visits to Religious Shrines” signed back in 1974, the protocol allows the citizens of both countries to visit the religious sites in each others countries. The recent development wherein, […]

Pakistan and China bilateral relations established in May 1951, have progressed over the years. During the 1970s, Pakistan played the role of a facilitator in normalizing China-US relations. The US Secretary of State Henry Kissinger meeting with President Zhou Enlai in Beijing was facilitated by Pakistan, which later led to the visit of President Nixon […] 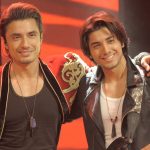 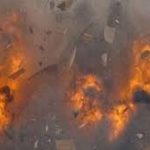 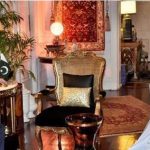 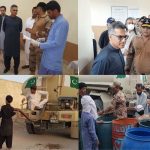 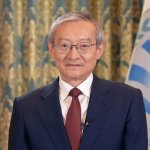