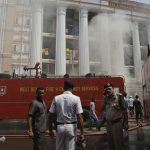 A fire broke out Wednesday in a pharmacy at a state-run medical college and hospital complex in eastern India, causing panic among around 250 patients who were evacuated to safe wards. Dr. Nirmal Mazi, a doctor at the hospital, said no injuries were reported in the blaze. Television images showed some of the patients being […] 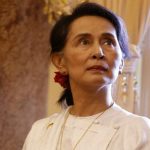 Myanmar leader Aung San Suu Kyi became the first person to be stripped of honorary Canadian citizenship on Tuesday over her refusal to call out atrocities by her nation’s military against the Rohingya Muslim minority. The move was made official after Canada’s Senate voted to revoke the symbolic honor. The lower house had already approved […] 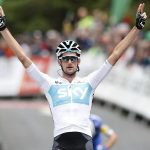 LONDON: Dutchman Wout Poels timed his late attack to perfection to win the sixth stage of the Tour of Britain on Friday, while Frenchman Julian Alaphilippe took the overall lead with a second-placed finish. Team Sky’s Poels proved too strong on the summit finish of Whinlatter Pass as he sprinted past Alaphilippe and Hugh Carthy […] 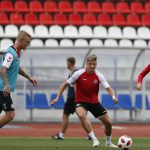 NIZHNY NOVGOROD: Croatia go into Sunday’s (today) last 16 match against Denmark with a 100 percent record at this World Cup but the Danes are vowing to shake off their dull image and cause a surprise. At stake in the match at the Nizhny Novgorod Stadium, the same venue where the Croats thumped Argentina 3-0 […] 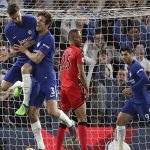 LONDON: Huddersfield Town were left celebrating wildly after securing their Premier League safety on Wednesday with a dramatic and resilient 1-1 draw at Chelsea, a result that looks almost certain to condemn Swansea City to relegation. With a Harry Kane goal giving Tottenham Hotspur a 1-0 win over Newcastle United at Wembley to secure their […] 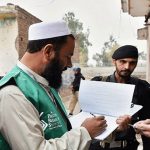 ISLAMABAD: Statistics Secretary Rukhsana Yasmeen Wednesday informed the pertinent National Assembly’s standing committee that no region barring Karachi had raised objections over census results. The secretary said that census results had been finalised. She said the results would be placed before the government by April-end. “Our statistics are congruent with the National Database and Registration […] 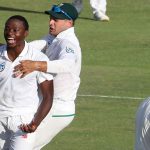 CAPE TOWN: The focus will switch back to cricket as South Africa and Australia clash in the third Test on Thursday, with the world’s number one bowler Kagiso Rabada handed a reprieve to bolster the home side in a pivotal moment in the tempestuous series. With the four-game series poised at 1-1, Rabada’s availability after […] 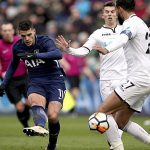 SWANSEA: Tottenham Hotspur made light of striker Harry Kane’s injury absence as Christian Eriksen scored twice in a 3-0 victory at Swansea City in a one-sided FA Cup quarter-final on Saturday. Danish midfielder Eriksen produced a classy performance, giving Spurs the lead with an exquisite 11th-minute opener and finishing off the hosts just past the […] 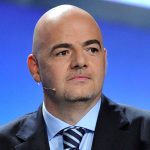 BOGOTA: Video assistant referees (VARs) will be used at the World Cup for the first time in this year’s finals in Russia, FIFA president Gianni Infantino said on Friday, and teams will be allowed a fourth substitute in matches that go to extra-time. The use of the VAR system was approved earlier this month by […]

LONDON: After a life of dealing with many hardships, British professional kickboxer and Muay Thai champion Ruqsana Begum believes no obstacle is too big to overcome as she prepares to make her boxing debut. Begum, 34, has experienced more problems than most athletes having fallen in love with kickboxing after trying it in college but […]