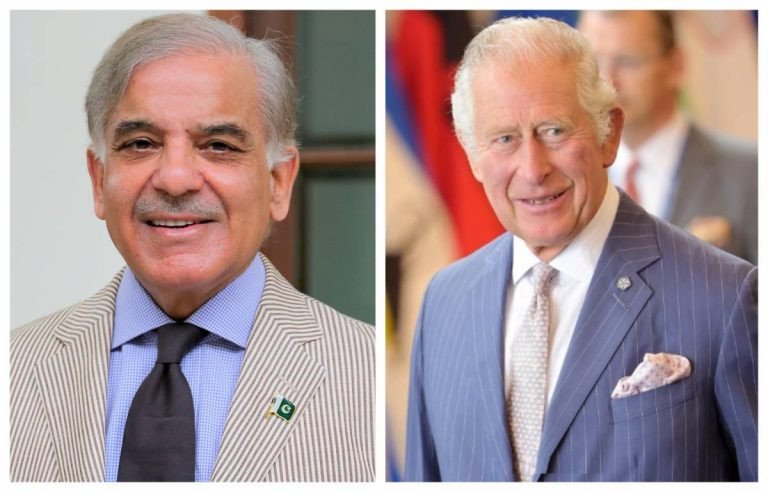 During a reception, the King organized in honor of dignitaries, King Charles III met with Prime Minister Shehbaz Sharif on Monday.

PM Shehbaz expressed his condolences for the passing of Her Majesty Queen Elizabeth II during their meeting. He noted that the late king had served as a model and a source of support for many Commonwealth citizens throughout the years.

The prime minister noted that Her Majesty’s two trips to Pakistan were well-remembered by the populace. The Royal family and the people of Pakistan have a close relationship that has only grown stronger over time.

The prime minister sent congratulations to His Majesty on his ascension to the throne on behalf of the people and government of Pakistan. He also expressed the hope that he would carry on his mother’s legacy by fostering even closer ties between the Commonwealth countries.

The people of Pakistan were eager to welcome His Majesty as soon as possible because they held him in such high regard.

Pm Shehbaz also praised the British king for the royal family’s sympathies and assistance following the historic floods. Pakistan was extremely appreciative of the request for assistance and the response it received from both the British government and the populace, he continued.

Meanwhile, PM Shahbaz tweeted to show sympathy for Japan, “I express my sincere sympathy to the people & government of Japan who are facing the ravages of Hurricane Nanmodal.”

I express my sincere sympathy to the people & government of Japan who are facing the ravages of Hurricane Nanmodal. Only goes to show that climate change does not follow a linear pattern & can bring disaster to any country. The world needs to wake up to horrors of this monster.