KABUL: Afghanistan’s selectors dropped five players who featured in their failed Asia Cup campaign when naming a 15-man squad on Thursday for next month’s Twenty20 World Cup. The team lost all three matches at the Super Four Stage of the Asia Cup, played in the United Arab Emirates earlier this month. “The Asia Cup was a very good opportunity for the team to build up things nicely,” chief selector Noor Malikzai said in a statement. It said Samiullah Shinwari, Hashmatullah Shahidi, Afsar Zazai, Karim Janat and Noor Ahmad would all miss out from the Asia Cup squad. Middle-order batter Darwish Rasooli, leg-spinning allrounder Qais Ahmad and the right-arm quick Salim Safi made the 15-member cut after good domestic-level performances.

Afghanistan are in Group 1 of the Super 12 stage of the World Cup to be held in Australia from October 16 to November 13. They are placed alongside hosts and defending champions Australia, England, New Zealand and two qualifier teams who will come from the first round. Group 2 comprises India, Pakistan, South Africa, Bangladesh and two qualifiers. Malikzai said the squad is balanced and will do well in Australia. “Since the Australian conditions are fast-bowling friendly, we have added Safi, the tall right-arm quick to add further impetus to our bowling department.” Allrounder Mohammad Nabi will continue to lead the side, while Afsar Zazai, Sharafuddin Ashraf, Rahmat Shah and Gulbadin Naib have been added as reserves. 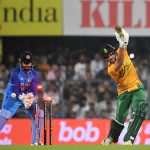 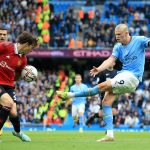 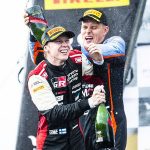